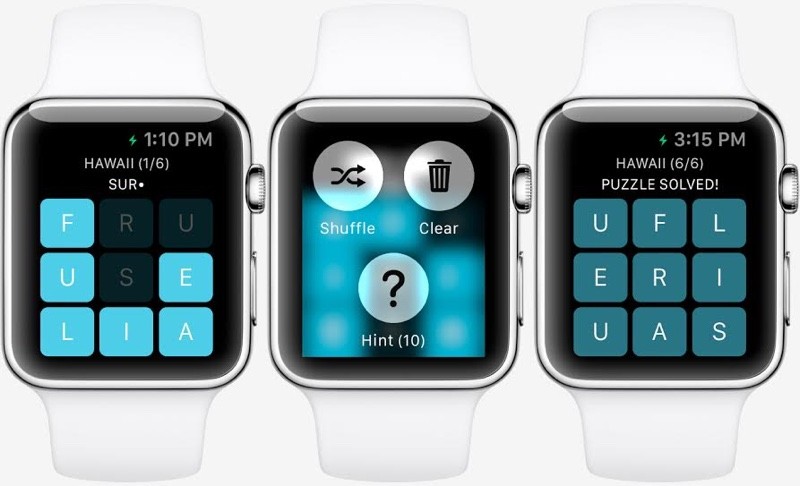 As the Apple Watch release draws ever nearer, the hype continues with tidbits coming out left and right. Developers have the “fortune” of having access to the WatchKit API, of course, but there really isn’t much we know about what apps will be available, much less what these apps can do.

That doesn’t mean people can’t create mockups of possible apps for the Apple Watch, does it?

NimbleBit, the studio that brought us awesome games like Tiny Tower and Pocket Frogs, is currently at the head of the pack with its mockup of an Apple Watch game. Called “Letterpad”, the game is all about simplicity, and its name basically tells all. MacRumors reports that the game is all about tapping letters on the screen to form words that are related to a specific topic. It’s all in the “idea” stage, of course, but above is how it could look like on the Apple Watch.

The Apple Watch is probably not going to be a real gaming device given its size and battery life, but games like Letterpad ought to work somehow. You know, just in case you don’t have your iPhone (although that would be kind of stupid because the Apple Watch is going to be linked to it) or iPad with you (Que horror!), and you don’t know what to do without tinkering with an electronic device…

Letterpad is supposed to be available for iOS as well.

Are you planning on getting the Apple Watch? Would playing games be part of the reason?