You are here: Home / iPad / So Microsoft Office Is Now on the iPad 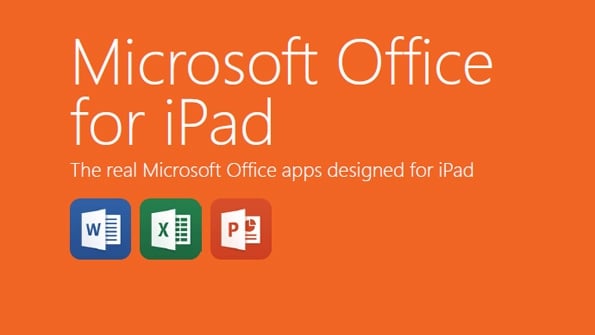 Haters will be haters, and whether it’s Apple or Microsoft that is the target, there is no arguing with those people who have a blind hatred of these particular brands. If you’re more open-minded, though, you probably are not averse to the idea of using Microsoft Office on your iPad – or Mac, for that matter. You have to admit, while Pages, Numbers, and Keynote are pretty and do the job quite well, there are just some things that are more easily and better done on Microsoft Office.

And now, “the Office you love” is now on the iPad.

From the announcement on the Office Blogs:

Today, we unveiled Office for iPad® – specifically Word, PowerPoint and Excel. But this isn’t simply Office on another device. We thought a lot about what people want to do when they’re on their tablet, iPad functionality, and touch-first when we were building Office for iPad. We reimagined Office on the iPad, while retaining what people love about Office.

But that’s not all – Microsoft Office is FREE for the iPhone (and Android phones)! That means you can create and edit documents without having to pay for an Office 365 subscription, which makes it interesting for hardcore Apple users.

Take a look at Microsoft Office for iPad in action.