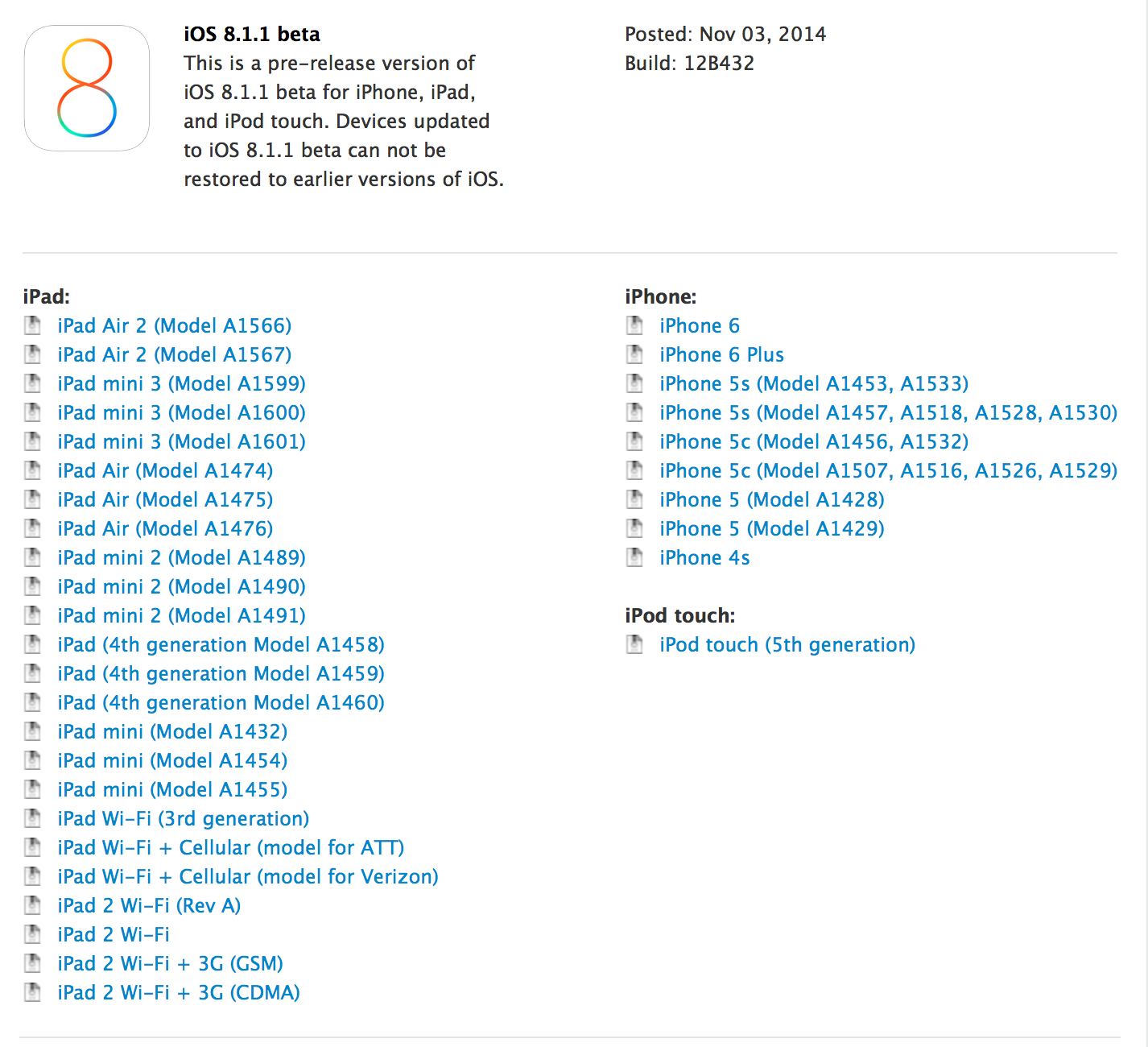 It’s no secret that iOS 8 is not “friendly” to users with older iPhones. Older iPads have the same issue. Then there was the snafu about the update which was quickly recalled by Apple.

There is good news – and hope – for users with the older models, as Forbes reports that a new iOS 8 update is around the corner, and it is going to make iPhones run faster. Since we have iOS 8.1 at the moment, the new update will be iOS 8.1.1, and developers already have access to it, which means we’re about to see the update soon.

According to the same report, the release notes specified the models that will be affected by the next update: “increased stability and performance improvements for iPad 2 and iPhone 4s”. So, not only will iPhones run faster, but they will also be more stable. Yay to fewer app crashes! As you can see in the screenshot, the “cut-off” point for iOS 8 is the iPhone 4S, the iPad 2, and the iPod Touch 5th gen.

With these factors in mind, it is not surprising that Apple is being more careful with regard to updates.

Are you on iOS 8 yet, or are you going to wait for the new update?

Why iOS 8 Failed to Impress