You are here: Home / iPad / Amazon Takes on iPad With 9-Inch Tablet 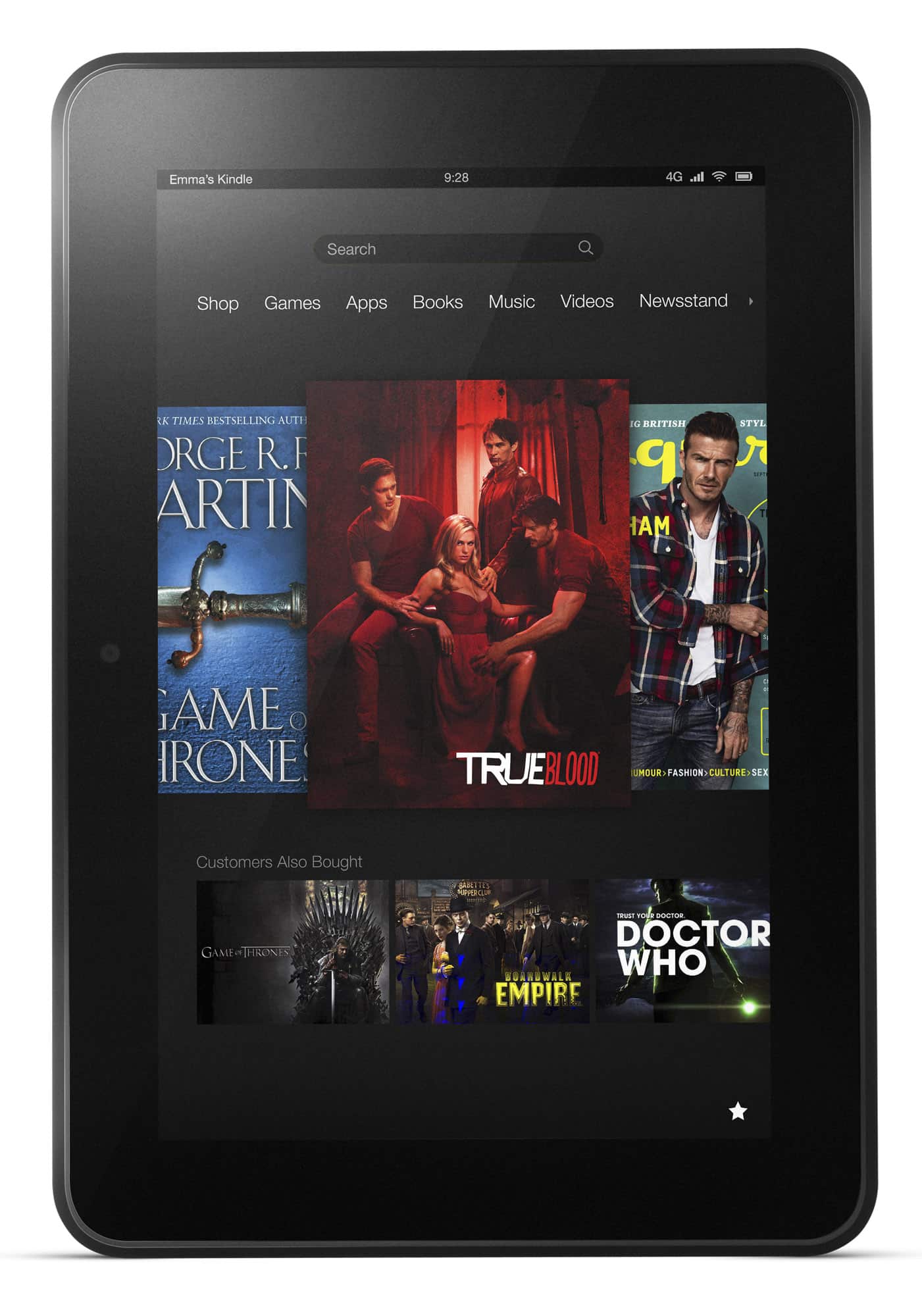 At a press event in Santa Monica today, Amazon CEO Jeff Bezos threw his hat into the ring in the war on iPad’s dominance of the tablet market, with the announcement of a 8.9″ Kindle Fire HD.

In addition to upgrading the existing 7″ Kindle Fire (and lowering its price to $159), Amazon has unveiled the new Kindle Fire HD, which looks ready to be a serious competitor against Apple’s iPad. The Kindle Fire HD’s 8.9″ display is a bit smaller than the iPad’s 9.7″ screen, but make no mistake: Amazon is throwing down against Apple, especially where price is concerned.

Here’s a look at the Kindle Fire HD’s specs, and how they line up with the third-generation iPad. The better specs are bold.

Note: I have no idea which processor is faster — Amazon’s OMAP4 4470 or Apple’s A5X — and the camera specs are a bit of a toss-up.

Man, those are some aggressive prices. Methinks Amazon is going to sell a honkin’ load of Kindle Fire HDs this holiday season. Aside from price, the thing that really jumps out at me is how the specs where Amazon bests Apple are the ones that most relate to user experience. Amazon’s device is faster, it’s thinner, it has better audio, faster Wifi, and its data plan pricing is insane. I mean, if price is the deciding factor for most consumers — and it is — then there’s no comparison. With Amazon, you can own a very similar experience to the iPad for nearly $400 less.

As an Apple fan, it pains me to admit that. Apple’s device is more beautiful, offering a sleeker, more consistent experience with its curated iTunes content. But Amazon’s is cheaper and faster. The iPad offers arguably the better usability, but the Kindle Fire HD will be good enough for many users. Then again, doesn’t Amazon’s willingness to take a loss on each tablet sold say something about their desperation to catch up to the iPad?

We’ll see if and how Apple answers Amazon’s volley in kind with the long-rumored announcement of the iPad Mini, which could come as soon as next week. And then there’s Microsoft’s Surface, another potential contender, which we still don’t know the price of.

Are the Kindle Fire HD’s specs and prices enough to entice you away from the iPad?