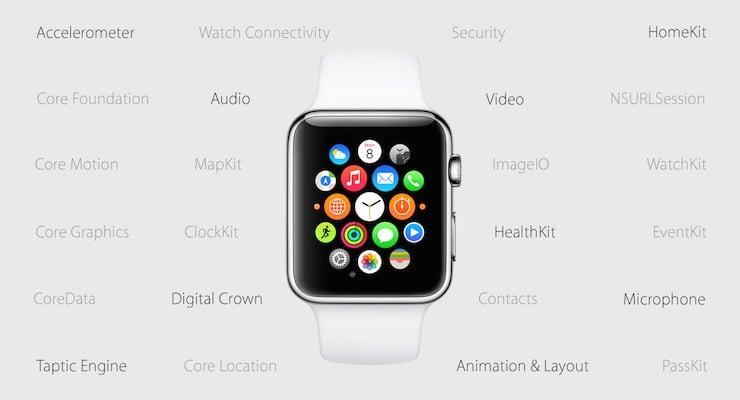 The 2015 Worldwide Developer Conference may be over, but there is still a lot to digest from this year’s show, not the least of which is all of the updates coming to the Apple Watch later this year. Last week, Tim Cook and company took the wraps off of watchOS 2.0, which is scheduled to be released later this fall. The second version of the operating system built for Apple’s wearables includes some impressive functionality that will definitely improve the user experience in many ways. Here are five new features coming to Apple Watch that you’re simply going to love.

Without a doubt, the absolute best feature coming to the Apple Watch this fall is native apps. This means that developers will no longer be constrained to running their software on the iPhone, and passing data to the Watch via its Bluetooth tether. Instead, apps will be installed directly on the wearable device, which means they should not only be much faster, but more efficient too. This feature will also give developers direct access to the Watch’s digital crown, heart rate monitor, microphone, and other hardware elements. Ultimately, this should lead to far better apps for Watch owners, and a significant increase in overall performance as well.

No, Apple hasn’t invented a time machine just yet, but the company is giving Watch owners the ability to scan forward and backward in time to see upcoming appointments, weather forecasts, flight schedules, and other important information. This feature is called Time Travel, and it is activated simply by turning the digital crown when your personal watch face is displayed on the Watch’s OLED screen. Essentially it gives you a quick look at what’s your upcoming schedule is like, while providing insights into how your day will unfold. With the release of watchOS 2.0 the Apple Watch will get some enhanced communications features that are definitely going to come in handy. Those features include the ability to take FaceTime audio calls directly on the device itself, as well as respond to emails via voice dictation or emoji. If that wasn’t enough, the digital touch feature will now have multiple colors to choose from when drawing your sketches, and friends lists are expanding to allow for more people as well.

The digital watch faces that come installed on the Apple Watch are very impressive, and allow users to customize not only the look of their device, but the information that it displays too. When watchOS 2.0 is released in a few months it will contain some excellent new options for watch faces that include timelapse images from cities around the world and the ability to choose photos from your own personal library too. Better yet, app developers will be able to add custom complications to watch faces as well, allowing apps to feed personalize data directly to our wrists. Nightstand mode adds some basic – but extremely useful – functionality to the Apple Watch while it is charging on your bedside table each evening. When activated, this new mode turns the wearable into a tiny alarm clock that displays the current time in landscape mode as it sits on its side. The Watch’s side button also serves as a snooze bar of sorts, while a soft alarm can be activated to gently wake up Watch owners each morning.

These new features are just the tip of the iceberg in terms of what Apple has in store for us with watchOS 2.o. To be fair, some of the new functionality probably should have been on the device when it first launched back in April, but the new operating system will not only add those missing features, but expand the wearable’s capabilities even further. It looks like Apple’s latest product is going to get much, much better in the near future.