You are here: Home / iPhone / 30 percent of iPhone 4 owners paid early termination fee to upgrade to the iPhone 4S 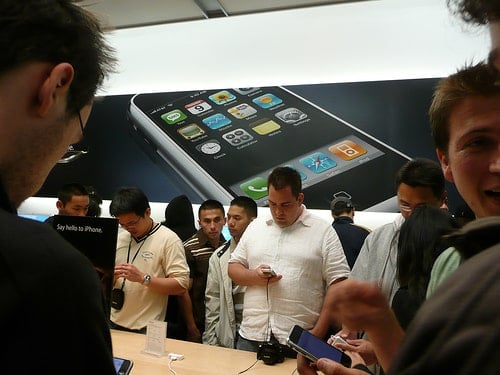 We always read about people who try to feed their love for all things Apple to such extreme degrees that you’d think that they’re one of a kind. The most extreme acts may have been done by the very few but there are some actions that may not be categorized as an extreme act but still within the category of blind gadget love.

Take this for example. A recent survey conducted by Consumer Intelligence Research Partners, revealed that among current iPhone 4S users, 30 percent of them upgraded from Apple’s iPhone 4. What does this mean? Since the iPhone 4 was released last June 2010, any person who upgrades to the iPhone 4S right now will have no choice but to pay the early termination fee imposed by mobile service providers on subscribers who do not finish their contract. The early termination fee is different for both Verizon and AT&T but you can expect these switchers/upgraders paid between $175 to $300 just to upgrade their phones. This means that a significant number of people won’t care about additional costs or the financial squeeze if it means shifting from a year-old iPhone to the newer one.

This survey finding becomes more interesting given the fact that, aside from a few additional features, the iPhone 4S is more of an incremental upgrade from the iPhone 4. It even looks the same unless one closely looks at it. The addition of Apple’s digital personal assistant Siri and the impressive demos for this iPhone 4S exclusive feature may be the tipping point for some of these subscribers to decide to upgrade even if it means paying the early termination fee.