You are here: Home / AppleTV / Is Apple Finally Out of Jobs’s Shadow? 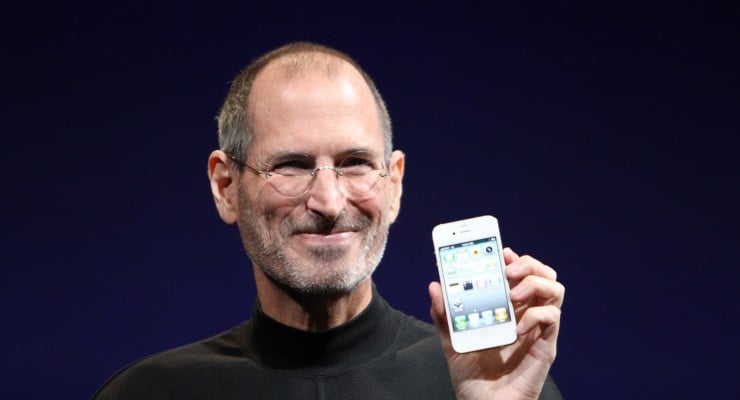 After the past year of invention, reinvention and (dare I say it?) innovation, can we safely say that Apple has finally moved out of Steve Jobs’s shadow?

The question, of course, already has a series of answers, even before many people thoughtfully consider it. Some will argue that, of course, the company has not moved on since Jobs’s death — don’t you see the products they’re producing now? But others will argue that while Jobs was an undeniably powerful driving force behind Apple’s most popular devices, the iMac, iPod, iPhone and iPad, and his influence is obviously felt today, but Apple is finally starting to prove that it can be viable without its charismatic leader.

I’m one of those people who thinks that the original iPad never got its due (this thing is a window pane for the internet!), but the Mini definitely gets overlooked as well. For many people, the Mini was a revolutionary product because it packed the punch of a 9.7″ iPad into such a small package. It was a fully functional alternative that you could actually hold in one hand. And it was a product that Jobs derided.

In much the same way, the iPad Pro is proving to be a great device for another specific group of users: people who want more of a laptop experience out of an iPad.

Apple’s dedication to creating the iPad Mini and iPad Pro shows a company that is willing to take chances and even be wrong. It also signals a change in philosophy: not only will Apple make products for everyone, but the company will also make products for niche markets.

The Apple Watch is probably the surest sign that Apple is firmly stepping out of Jobs’s shadow. While it still relies on the iPhone for most of its functions, this is a powerful first-generation device, and it is completely unlike any other device the company has produced.

When it was released, there were concerns about the watch’s functionality — some of those concerns still haven’t been totally ironed out — but the watch, like the iPad Mini, represents a willingness to try new things and make mistakes. Again, like the iPad Pro, the Apple Watch isn’t for everyone; again, it’s a device specifically designed for a niche market — for now.

Is this a device that Jobs would have signed off on? Probably not. Especially given the state of the device and number of apps in the App Store designed specifically for the Apple Watch, but this is a new Apple. Things aren’t as polished as they once were, but the Apple Watch is an example of a product that Apple is actually letting us see as it is perfected over the coming years.

The Apple TV marks one of the most compelling cases for Apple stepping out of Jobs’s shadow. Where Jobs saw the Apple TV as a “hobby,” today’s Apple sees it as a true investment

It seems to me that Apple is a different company today than it was when Jobs was running day-to-day operations — we all can make arguments, however, about whether that’s a good thing or a bad thing. But I think that it’s important to be careful of slipping into the Cult of Jobs.

Jobs was a juggernaut, and his redemption story follows one of the most basic plot structures in all of mythology, but as Aaron Sorkin’s Steve Jobs film reminds us, Jobs was, after all, human. Apple may not have the same flair or edge that it once had, but refusing to acknowledge the creativity and innovation coming out of Cupertino, California today is refusing to see the reality of the situation. Apple is moving out of Jobs’s shadow, and it’s important for all of us to see that while many of us have been standing still, the sun has continued to move across the sky.

What do you think about the state of Apple? Are these products that Jobs would have produced? More importantly, does it matter? Let us know in the comments below.

Steve Jobs US Postage Stamp to Be Released in 2015