You are here: Home / Mac / Pro Terminal: Install Linux Software on a Mac with MacPorts 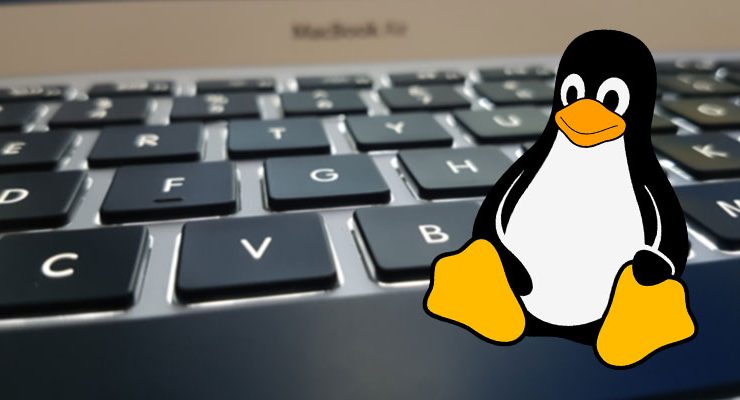 If you’re familiar with apt-get from Linux, then you know what a package manager does. It handles downloading, installing, updating and managing certain applications and their dependencies within the operating system. MacPorts is a command-line package manager for macOS. With MacPorts you can install Linux applications on macOS from the command line.

What can I install?

Most of these applications are open-source command-line utilities, but there are a fair share of GUI-based applications available as well. Applications like GIMP or GUI versions of command line utilities like diff can often be downloaded through MacPorts after a little exploring.

Here’s how it works: MacPorts hosts a collection of programs, called packages or “ports” in MacPorts parlance. Using a downloaded command line interface, you can search MacPorts’ library of software. When you find what you need, MacPorts downloads and installs the appropriate software and dependencies in the right places. This way, you don’t need to deal with opaque build instructions or confusing dependencies while still getting access to a wide range of the best and most powerful command line utilities.

Since macOS doesn’t come with many of the “standard” utilities included in most Linux distros, moving from Linux’s command line to macOS’ Terminal can sometimes be a let down. We can use MacPorts to install these missing commands, making the macOS command line nearly as capable as its Linux counterpart.

Before you use MacPorts, you’ll need to install Xcode to gain access to a set of higher-end developer tools. These tools are required by many ports and packages, and by the MacPorts package manager itself. Xcode is an IDE made by Apple, and if you do much development, you likely already have it. If not, you can download Xcode from the Mac App Store or Apple’s developer website. You’ll need a developer account for the second option, so if you don’t have one, just go through the App Store.

While you can run most of the MacPort commands without Xcode, you won’t be able to run many of the packages until you install it. You also won’t get much of a warning, so things just won’t work, often without explanation.

Once Xcode is installed, you’ll need to install the Xcode developer tools. These are a separate set of command line utilities that many Terminal commands and ports rely on. Fortunately, it’s straightforward.

2. Use the command below to trigger the installation of macOS’ developer tools:

3. Click “Install” in the pop-up box to install the developer tools. If you don’t have Xcode, you can also click “Get Xcode” to install the application from here.

3. Wait for the files to download and install. It might take a while, so be patient and make sure you stay connected to the Internet.

1. Download the latest release of MacPorts from GitHub. Make sure you scroll down to choose the version that matches your version of macOS. At the time of publication, there is no version of MacPorts for Apple’s newest OS, High Sierra, but one should be released soon.

2. Double-click and install the package from your Downloads folder.

3. When you’re done with the installation, open a new Terminal window and run the command port. If that command returns “MacPorts 2.4.x” and provides a slightly different-looking command prompt, then you’re ready to rock!

To install some Linux apps on macOS with MacPorts, we will first need to search for the relevant programs. 3. Obviously, that’s a lot to look through, and it wouldn’t be very efficient to scan it all. We can use the port search command to find something specific. Let’s search for the networking utility nmap using the command below:

4. That returns a few matching packages. It looks like many of them are extensions for nmap, which we’re not interested in. The first one, just called “nmap,” is the one we’re looking for. 5. To get more information about that package we can use the info command:

6. That returns some specific information about nmap. That makes it pretty clear that this is the scanner we’re looking for. We can install with the command below: Don’t forget that the sudo prefix which will require your admin password to fire. If you’re not logged in as an admin user, you’ll need to run the process again from an administer account.

7. Depending on the package you’re installing, there might be a large list of dependencies. These are software packages that your desired port relies on, and you’ll need to install them alongside your port of choice. Type “Y” and press “Enter” to accept the installation. 8. When the installation is complete, you can run the installed port as you would on Linux via Terminal.

You can check out an the awesome range of ports available by searching for tools you might like. You don’t need to restrict yourself to port names: any keywords will do. Poke around a little bit (port search image, for example) and you might find something unexpectedly useful.

Getting Started with Terminal: Adding New Commands with Homebrew