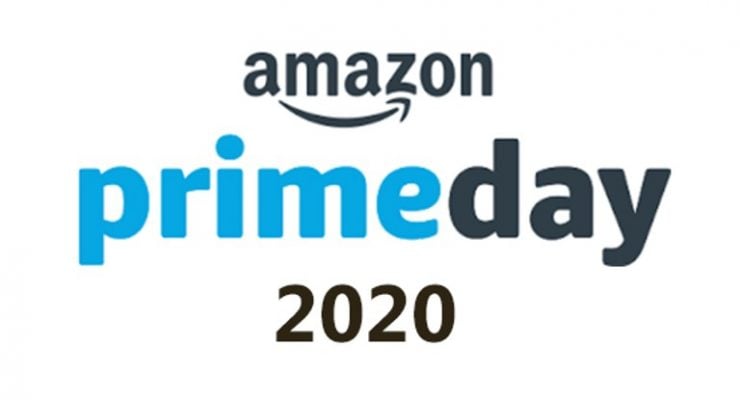 Everyone knows that Apple devices don’t come cheap. For the quality that it provides, these devices come with a hefty price tag. Because it’s rare for Apple devices to go on sale, everybody’s currently on their toes as they wait for Amazon Prime Day this year. In case you didn’t know, customers saw some Apple Watch models, as well as iPads, go on sale during Prime Day last year. While these weren’t what you’d consider huge discounts, they were comparatively great considering that it’s Apple products that you’re getting.

Now, Prime Day usually takes place sometime in July. However, this event was delayed for about three months this year. Amazon Prime Day will begin on October 13 and last until October 14 this year. If you’re interested in getting good tech deals, consider signing up as an Amazon Prime member. You don’t have to commit right away; Amazon offers a free 30-day trial period where you get to enjoy the full benefits of being a Prime member.

If you’re already an Amazon Prime member and you’re looking forward to the Apple deals this year, here are some of the items to look out for.

Let’s start off with the latest Apple MacBook Air 13-inch. Equipped with an 8GB RAM and a 256GB SSD storage, this laptop is “light as air.” It also comes with a Retina display that incorporates True Tone technology. As with all the new MacBooks, this model is designed with a backlit Magic keyboard and Touch ID. This specific version runs on the 10thgeneration Intel Core i3 processor and comes with two Thunderbolt 3 ports.

If a 256GB SSD storage is not enough for you, you can opt for the same MacBook but with increased SSD storage of 512GB. For double the storage, you also get double the discount with this deal. This model has similar features to the first one mentioned except that this one runs on the 10th generation Intel Core i5 processor. If you have some extra cash, this would be the better deal out of the two MacBook Air offers.

For much faster performance, a lot of people prefer the Apple MacBook Pro. This deal includes the 13-inch version that also comes with 16GB RAM and 1TB SSD storage. At this price, this MacBook runs on the 10th generation quad-core Intel Core i5 processor. Unlike the MacBooks Air, the MacBook Pro comes with four Thunderbolt 3 ports for more connections.

Some people find the 13-inch MacBooks to be quite small. Hence, if you want something bigger, just get the 16-inch version. Even though this price is much higher than the previous deal, you’re going to have to downgrade on the storage. This one only comes with a 512GB storage. Now, you might think, are you paying more for just the increased size display? No, you’re not. You’re also getting a MacBook Pro that performs much faster, as this one comes with the 9th generation 6-core Intel Core i7 processor. Not bad, right?

Deviating from the MacBooks, Prime Day also offers iPad deals. This one includes the Apple iPad 2020 in 32GB. It has a 10.2-inch Retina display and is equipped with the A12 Bionic chip with Neural Engine and an 8MP back camera. This iPad also supports Apple Pencil 1st Gen. and Smart Keyboard.

Do you need a bigger screen, higher storage, or clearer camera on an iPad? You can get all three with the Apple iPad Pro 2020. This deal comes with the 12.9-inch Apple iPad Pro (128GB) that’s designed with edge-to-edge Liquid Retina display with ProMotion. Equipped with the A12Z Bionic chip with Neural Engine, it also comes with a 12MP Wide camera as well as a 10MP Ultra Wide camera. It supports not just the Apple Pencil and Smart Keyboard but also the Magic Keyboard.

If the iPad and the iPad Pro are too big and too heavy for you, you can opt for the iPad Mini instead. This deal offers the 7.9-inch iPad Mini equipped with the A12 Bionic chip. It’s light and easy to carry around. This iPad Mini has a storage of 64GB and comes with an 8MP back camera.

Have you been itching to get the Apple AirPods Pro? Now’s the time to get it with this deal. Many prefer this device over others because of its active noise cancellation feature as well as ease of use with their iPhones. This pair also features a transparency mode where you can still hear your surroundings even while wearing it. They’re also sweat- and water-resistant so you can wear them even while working out.

If you’re not a fan of in-ear headphones, you can just go for the regular Apple AirPods. This deal also already comes with a wired charging case. These earphones are easy to set up for all your Apple devices. In addition, they’re equipped with Apple’s latest H1 chip so you can connect them to your Apple devices really fast.

For portability, you can also opt for this deal. The only difference between this offer and the one above is the charging case. If you don’t like wires, this deal would be the ideal offer for you. It comes with the same pair of AirPods but the charging case is wireless, which is Qi-compatible.

Last but not the least is the Apple Watch 3 deal. Apple recently launched the Apple Watch 4, which means that a lot of people are probably going to want to upgrade. Hence, it makes sense that this Apple Watch series would go on sale on Prime Day. Even though it’s not the latest version now, the Apple Watch 3 still has a lot to offer. It features heart rate monitoring, Apple Music, workout detection, and Siri support. Amazon Prime Day is the best time to get it, while it’s at its lowest price.