You are here: Home / Feature / The First to Buy the iPhone 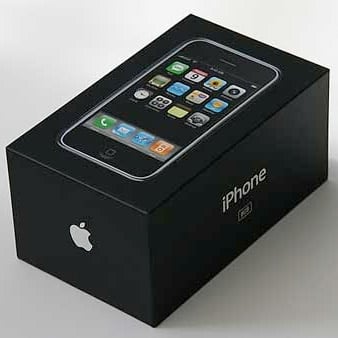 Ever wonder who the first person in the world was to purchase an iPhone? What about the next 4 generations of iPhones? For the iPhone’s 5th birthday, we tracked down the very first person to buy each model of iPhone, and all 5 of them have a unique story.

Editor’s note: In every case but one, I was able to verify that these were the very first individuals in the whole world to buy each generation of iPhone. It was a complex undertaking to discover the first store in the world to open on each iPhone’s release date. Time zones had to be carefully considered, as well as store hours that vary all over the world, to make the search even more complicated. (Numerous stores hold special midnight openings, or early morning openings, on the launch day of a new iPhone.) In some cases, there were several stores that opened at the same time, in the same time zone — Apple Stores, AT&T stores, etc. In those cases, I settled on a consensus from global media coverage.

Feel free to challenge any of my findings, in the Comments section. But claims without supporting evidence will be ignored. In addition to his fixation with being the first to participate in public events, he also attends public events with the intention of being quoted by major news agencies. His love of publicity knows no bounds; reportedly, he’s been quoted as a “man on the street” more than 100 times over the years, by the likes of the New York Post and the Los Angeles Times, and has been seen on CNN, MSNBC, and Fox News. Packer considers these publicity-stunt appearances a “hobby,” but he’s also admitted that he sometimes makes things up in order to be quoted by the media. He was most recently quoted at the funeral of Whitney Houston.

Greg Packer is a “professional line sitter,” and is universally recognized as the first person on earth to buy an iPhone, having camped out in front of the 5th Avenue Apple Store four days before the iPhone went on sale. He was noticed quickly by Apple bloggers, and photos of him holding a handwritten sign, in which he asked for donations toward his “cause,” appeared all over the blogosphere. He even created his own blog to chronicle his experiences in the iPhone line, but he only wrote three posts for it.

He attempted to be the first person in the world to buy the original iPad as well, but failed. By that time, Apple Stores had begun taking reservations before new product release dates, and Packer hadn’t made one. He was forced to move from his “first in line” position to make way for buyers who’d made reservations. When it became clear that, due to time zone delineation and a special midnight opening, a wireless store in New Zealand would unquestionably be the first place in the world to sell the second-generation iPhone, Kiwi Jonny Gladwell set himself up there three days ahead of time. When asked by locals what he was doing, Gladwell replied that he’d been dared by some friends to survive a stunt such as this during the coldest time of the year for New Zealand. The nights were bitterly frigid, but he endured, blogging frequently as time passed. Naturally, his ordeal generated quite a lot of interest from the media.

It goes without saying that Gladwell’s three-day stint in front of the Vodafone store was a publicity stunt. What Apple fans were surprised to discover the next day was that the whole thing was something of a hoax. Uncovered and revealed the day after by a local newspaper, Gladwell was actually paid to camp out in front of the store and buy the world’s first iPhone 3G. But the Vodafone store wasn’t behind it, and neither was Apple. He was there as a pseudo-viral marketing campaign for the local Yellow Pages; the idea was to show locals how long someone could survive living on the street with nothing but the online version of the Yellow Pages to aid them. Gladwell used the phone directory to find and order everything he needed for his stunt, such as delivered food.

The newspaper also revealed that Gladwell was a friend of someone who worked for the Yellow Pages’ ad agency. Not only was he paid to buy the first iPhone 3G, he wasn’t even an Apple fan. News agencies reported that he didn’t pay for that first iPhone 3G and didn’t get to keep it — it was later used for another publicity campaign on the Yellow Pages’ website. But Gladwell later claimed on his PR-funded blog that he bought two iPhones, and kept the second one for himself.

Hoax or not, he certainly won the dare. Apple took a different approach to rolling out the iPhone 3GS than it had the year before. For whatever reason, New Zealand and Australia were not among the countries to receive the first shipments of the new device. Geographically, the first places in the world to put the iPhone 3GS on sale were a handful of European countries, including France, Spain, Germany, Italy, and the U.K. Finding the first person to buy an iPhone 3GS in one of these countries was by far the most difficult task I undertook for this article.

The U.K. was quickly ruled out because it’s in a different time zone than the rest of Europe, putting it an hour behind the other countries. From there, I conducted a country-by-country search for any iPhone-selling stores that opened at special hours on June 19th. I finally caught a break when I discovered that an Orange wireless store in Paris held a midnight opening. It may not have been the only store in Europe to hold a midnight opening, but to the best of my research, it’s the only one that history records as such.

Likewise, there are no records I could find that tell who the very first person in line at the Orange store was. So I settled for, once again, what history does tell us. A Michigan-based website called RapidRepair has a reputation for acquiring brand new devices, disassembling them, and posting step-by-step photos and details on how to take apart electronics devices that aren’t made to be taken apart. (Apple is notorious for making devices not meant for disassembling.) After some investigation, RapidRepair’s CEO Aaron Vronko found out that the Orange Boutique on the Champs-Elysées was very possibly the only store in Europe holding a midnight opening for the iPhone 3GS. Realizing the opportunity this information afforded him, Vronko himself flew to Paris to ultimately become “one of the first” to buy the new iPhone. He immediately took the device apart while taking copious notes and pictures, so that he could post the entire tear-down on his website, beating his competitors to the punch by at least 12 hours.

Vronko himself would no doubt be the first to tell you that he was not at the front of the Parisian Orange store line for an iPhone 3GS (though he was very close). So since we have no way of knowing who was at the head of that line, I’m awarding Vronko the title. The entirely new design and form-factor of the iPhone 4 represented the biggest overhaul and upgrade the smartphone had received since its inception. Apple fans the world over were salivating after Steve Jobs unveiled the device and announced its June 24, 2010 release date. Once again, time zone designations proved to be the deciding factor in who would be the first to buy the new iPhone.

This time, Japan would be the nation to sell the new iPhone before all others. On the morning of the 24th — a hot-and-sticky Summer day in Tokyo — the Ginza Apple Store proved to be the central hub for the launch of the iPhone 4. The line that formed outside of this store numbered above 500, and reportedly the shoppers waiting there were well aware of their first-in-the-world status. Despite Apple’s strictly regulated procedures for letting shoppers in on launch days, the Tokyo crowd viewed the launch as a race. After all, being the first person to enter the store didn’t necessarily equate to being the first person to check out with their iPhone 4 in hand and exit the store.

Not long after the store opened, an unemployed man named Ryoichi Hoshino was the first to leave it, brandishing his iPhone 4 for everyone gathered to see. The media quickly descended on him, eager to get a quote from the first man in the world to own an iPhone 4. “When Apple releases new products, they always do better than the previous generation,” Hoshino told them. “I love this design. It’s going to beat my expectations 110 to 120 percent. I’m going to use it to watch movies and use Twitter.” 19-year-old University of Auckland student Ami Yang skipped studying for exams in order to be the first person in the world in line for the iPhone 4S. After waiting 15 hours, her quest was a success, as she became internationally recognized for buying the first 5th-generation iPhone. She screamed with joy at the honor, but unbeknownst to her, she had another reason to be excited.

Yang must not be a big sports fan, because she was oblivious to the fact that star rugby player Dan Carter was the man who sold her her phone. The All Black team member was brought in by Telecom to help celebrate the new phone’s launch, but his first customer couldn’t quite recognize him. She later told the media that, “I knew his look because of rugby, but I didn’t know his name.”