You are here: Home / iPhone / Is Apple Hiding Secret Spyware on the iPhone? 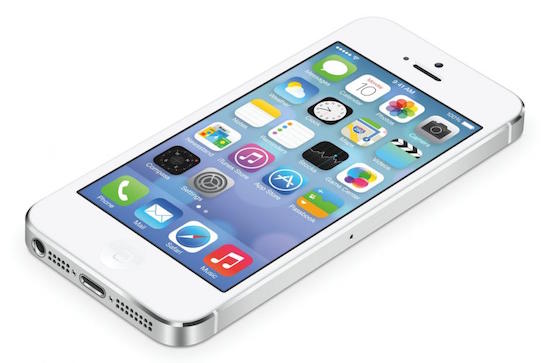 As if we didn’t have enough to worry about with various governmental agencies constantly listening in on our phone calls and reading our private emails. A new report from Russian news site Sputnik indicates that National Security Agency whistleblower Edward Snowden refuses to use an iPhone because he believes that iOS contains secret spyware that can activate itself at anytime without any interaction from the owner. That spyware, presumably placed within iOS by Apple, would then be able to collect confidential information on someone who uses the device, and share it with outside sources. But does this spyware actually exist on our iPhones, or is it simply a paranoid delusion from a man who has legitimate fears for his own personal security.

In the Sputnik article, Snowden’s personal lawyer Anatoly Kucherena is quoted as saying: “Edward never uses an iPhone, he’s got a simple phone… The iPhone has special software that can activate itself without the owner, having to press a button and gather information about him, that’s why on security grounds he refused to have this phone.” He added that this was a personal choice for his client, who understandably takes his own security very seriously.

This off-hand comment has left some to wonder if there is any merit to Snowden’s claims, particularly considering his background working with the NSA. While employed with that shadowy organization Snowden saw first hand the surveillance techniques that are employed to keep tabs on suspected terrorists, high level security threats, and average citizens alike. In leaked documents that he released back in 2013, Snowden shared details of those top secret surveillance programs, which is why he currently resides in Russia under diplomatic asylum. But as the Boy Genius Report rightly points out, developers have had access to iOS code for more than seven years, and none have indicated that there is something subversive lurking under the hood. It would be extremely difficult to hide such spyware on the iPhone, which is arguably the most closely examined electronic device in history. While it is true that the iOS code is complex, it has also been gone over with a fine-toothed comb by professional and amateur developers alike, and the hardware that powers the device is examined extremely closely as well. Where exactly this spyware would be hidden would certainly be a mystery.

It is possible that Kucherena was simply using “iPhone” as a generic term for smartphones in general. We have seen a variety of malware, viruses, and spyware crop up on other mobile operating systems, with Android seeming particularly vulnerable. But unless the lawyer or Snowden are more forthcoming with an explanation, we’ll simply be left to wonder what exactly they are referring to in regard to the iPhone and this alleged hidden spyware. Snowden’s use of a “simple phone” or dumb phone is understandable though. If we’ve learned anything over the past couple of years its that the NSA, and similar government agencies, are capable of listening in on calls made from just about any kind of phone. But with smartphones the ability to collect data increases dramatically in part because of the expanded functionality that comes along with having email, chat, and other sophisticated apps on a single device that also happens to have an always-on Internet connection. A basic dumb phone dedicated to just making calls probably remains the safest approach for anyone who is worried about who might be listening in, or is intercepting their data. Of course, for the vast majority of us that isn’t something we think about on a daily basis, which is why so many of us have elected to own one of these devices.

It seems unlikely that Apple has somehow managed to hide spyware on the iPhone and is using it to collect data on each of its customers. Surely someone would have discovered some inkling of this nefarious code at some point over the past few years. That said, Snowden’s security concerns over the iPhone – and other smartphones for that matter – shouldn’t be dismissed completely out of hand either. Apple may not have put in specific code to collect and share information about iPhone users, but that doesn’t mean that it still can’t be obtained by someone else. Considering the technology resources that the NSA has at its disposal, it seems like it would be a simple matter to target a consumer smartphone and collect information from it. That seems to be a simple fact of life in the 21st century.

Apple vs. Android Security: The Lowdown