You are here: Home / iPhone / Data Recovery On Water Damaged iPhones Is Possible, When Apple Says It Isn’t 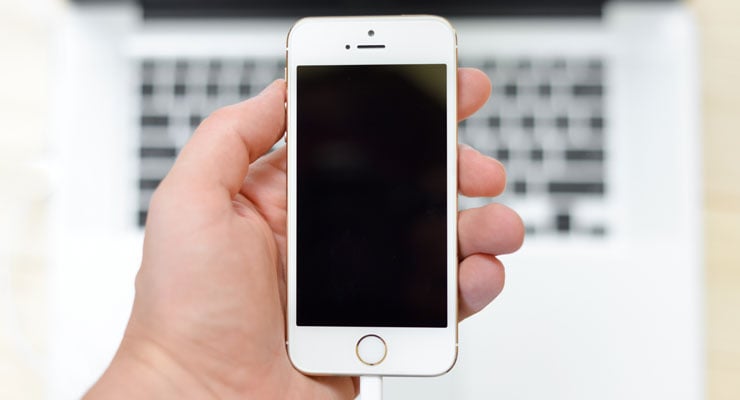 You’ve finally gotten around to taking that big vacation of a lifetime. You took along your trusty iPhone and documented the experience with many, many photos you’ll never get a chance to take again and will cherish for the rest of your life. In other words, your iPhone was the only camera you had with you and it’s got every photo taken during your holiday on it. So, you want to be careful to get them home safely.

While taking a selfie on the beach you get swamped by a large wave and your iPhone takes a swim. Luckily for you, your traveling companions spot the shiny case in shallow water and retrieve your phone. Once you get over the initial panic, your next hurdle is to get those priceless photos off of the device but the iPhone won’t even turn on. You call Apple and they politely inform you that they can’t help you. In fact, no one can at this point and those photos are gone forever.

That can be heartbreaking.

As it turns out, this is pretty much the exact situation that Josephine and Dave Billard of St. John’s, Newfoundland experienced. The variations to the story are minor – they went on a trip, took well over 8,000 photos and their phone went for a swim.

When they tried to contact Apple, what they heard was heartbreaking.

Your photos are gone forever.

Josephine was losing hope that anything could be done after she contacted several repair shops that specialize in mobile repairs. The story was the same from each,

Your photos are gone for good.

She then came across a place in New York called IpadRehab. They said it could be done. They actually specialize in fixing iPhones that have experienced water damage by simply repairing the damaged board. The water damage on the board is oxidation and IpadRehab fixes that. The Billards sent their iPhone and following a few board repair attempts, the phone turned on and booted up. Obviously, iPadRehab had discovered a rather simple and logical solution to dealing with water damaged iPhones that Apple won’t admit is the answer.

You’d think that Apple would want to try to improve their customer service by at least suggesting that recovery is possible and referring customers with water damaged phones to repair shops ‘approved’ by Apple. But instead, they flat out refuse to offer any kind of help opting for the easy way out by telling customers that their wet phone is now as good as a paperweight.

Not very professional in my view.

The IpadRehab company owner was also puzzled as to why Apple would turn down customers and went onto Apple forums to find out why they say the data is not recoverable – when it obviously is.

A few attempts to reason with Apple got the IpadRehab owner banned from the forums for life. Apple is a multi-trillion dollar company that doesn’t care about your data. It is an extra door they want to keep closed. Apple engineers know that iPhones can be repaired, but the people above them just don’t want to go through the hassle.

So, the bottom line here is that the data is usually recoverable in most cases from water damaged iPhones. The places that have the technology and equipment to fix the main boards will be the places you’ll want to turn to. That would be either a specialized data recovery or a repair shop that has the technology and knowledge to take on these types of cases.

So, when is recovery not possible?

Is Chip Off Technology possible with iPhones?

The simple answer to that question is a ‘No!’

But here are the details on why:

The NAND chips are encrypted by default and removing them from the board to attempt to solder one to a similar board will not work. To explain why that is, here is a great article that was featured on AppleGazette early last year on recovering data from iPhones with Chip Off Technology.

Do you have an iPhone that was damaged by water? Don’t worry, it can be repaired.

To get started, all you have to do is open up a recovery case on this website and one of the experts will be in touch with you shortly after.