You are here: Home / iPhone / These Are The Very Best Apps For Following Sports 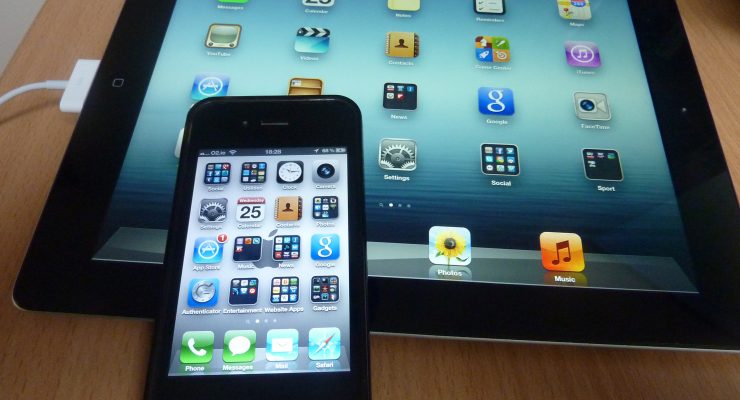 It’s 2016, so obviously there are a lot of great apps for following sports. Heck, if you only care about the score of the game then you don’t even need an app, if you’ve got an iPhone you can just ask Siri what’s going on in the Mets vs. Yankees Game and she’ll tell you the score, what inning it is, and where they’re playing. But if you’re a sports guy, if you want to know the stats and who you should pick up for your fantasy team then you might want something with a little more depth.

We had to do football separately because there are so many different apps that work well with football and are based around the sport. NFL Mobile is the best app for professional football if you’re looking to get all the scores and even watch a few games. Since NFL Mobiles is the official app of the NFL, they don’t have to worry about all those pesky copyright infringement issues that limit most of the other apps. It’s a particularly good app if you’re a Verizon customer since you can subscribe and watch almost everything for only a couple bucks.

If you’re overseas or looking for an alternative to NFL Mobile than NFL Sunday Ticket is the way to go. If you subscribe to DirectTV, there’s no reason for you not to have this app. It’s also the best app for any of you fantasy guys out there.

Fox Sports Mobile is like the little brother of the sports apps. While they have great coverage of the NFL, that’s about the only area that they’re strong. Even so, the app is not as in-depth or user friendly as the ESPN app or either of the previously mentioned NFL apps. However, they have a lot of coverage of UFC fights and give you up-to-date information on the fighters. It’s not the best, but it’s worth a download if you’re thinking about it.

NBC is, in my humble opinion, better than the Fox Sports Mobile app but only by a hair. They have great, like incredible, golf coverage. In fact, I’d even recommend this app over the PGA tour app because they offer coverage of events that you might not get in the other app.

I love the Sports Illustrated app simply because I’m a bit of a word nerd. Also, they sometimes have better coverage of the stuff I want to know about. When the Johnny Manziel indictment came out, I got an update to read the article and it was better than any of the other stuff that I found on the other apps. But then again, I don’t have the Cowboys official app.

ESPN’s app is obviously one of the better sports apps in the game right now. However, sometimes it feels a little all-encompassing, as if they’re only giving you the outline of the story. It’s great if you’re between seasons, and you want to keep track of baseball and football scores, but if you’re looking for in-depth stories about the players then you might want to go somewhere else. Also, the Apple Watch version of their app isn’t very streamlined.

I love the CBS Sports app because it lets you follow your favorite teams and gives you more details about the kind of things that you want to know about. I mean who cares if the Colorado Avalanche are having a down year? They also have a very user-friendly watch feature which is a huge plus for anybody just getting in to the Apple watch. The biggest setback in this app is that their NCAA coverage is usually very weak. They’ll have the scores, but if you want to get the interviews and analysis then you’re better off downloading the NCAA app.

If you’re looking to follow your favorite team (or your boyfriend’s favorite team), then your best bet is going to be to download the team’s app. Just like if you’re a Pirates fan, you’re not going to just follow the MLB on Twitter. Almost every single team has an app right now. The more popular teams, like the Warriors and the Penguins have apps that are on the list of the top downloaded apps.

Which Macbook Is Right For You

6 Apps We Want To See On The Apple Watch