You are here: Home / iPad / iPad Upgrade: Who Should Buy the 9.7-Inch iPad Pro 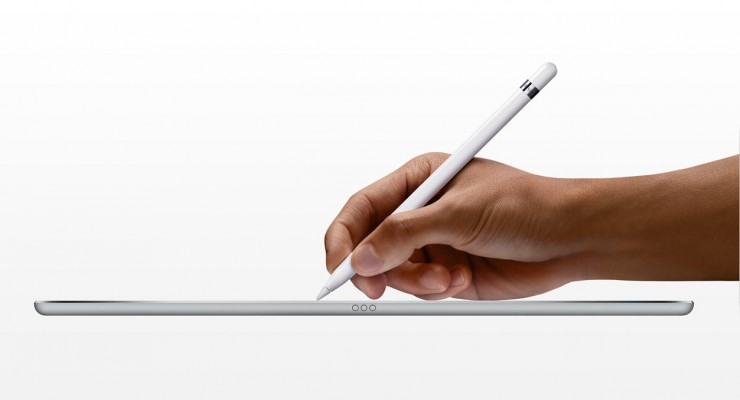 The iPad is a peculiar device. With one foot in the smartphone world and the other foot in the laptop world, the iPad (and, arguably, tablets in general) is a kind of hybrid device, one lauded because of its extreme portability but also criticized because of its limitations.

Here’s the point I’m getting at: the iPad is truly a revolutionary device, but, seemingly paradoxically, it’s not a device for everybody. Either you’re an iPad person or you’re not, but for those people who find a lot of value and enjoyment in the iPad experience,  there are few things that are more awesome than upgrading your iPad, moving from one generation of device to the next.

With the notable exception of the iPad 3, the generational shift from one iPad model to the next has been relatively substantial; each model feels very different from the last, whether in terms of software or hardware improvements.

So if you’re a self-proclaimed iPad person and you’re thinking about upgrading your old iPad to the shiny and new 9.7-inch iPad Pro, sit tight. While this is a cool new device that adds a few additional features to the 9.7-inch iPad line, going with this iPad upgrade doesn’t make sense for everyone.

In this version of the iPad, Apple has introduced what it’s calling its True Tone Display. When True Tone is in effect, the iPad will sense the kind of light around you and adjust the display accordingly, making it easier for you to read in any kind of light. Additionally, the screen is much brighter than previous versions of the iPad, so if you have a penchant for using your iPad on the beach, the new display on the 9.7-inch iPad Pro will make it just a little easier for you to enjoy your trashy beach read. The display also features less glare than previous iPad displays.

Since it was released, the iPad has always been a great device for media consumption. That’s why it’s always seemed a little odd to me that the speakers in the iPad have always been disappointing. Sure, if you’re using headphones, it hardly matters, but previous iPad models’ small speakers always left something to be desired.

The new iPad Pro changes all of that. In this new model, Apple has equipped the iPad Pro with four speakers, and when you use it, you can tell a major difference in both the volume and quality of the audio.

With this new iterations of the iPad, Apple has fitted it with the same hardware components as the larger 12.9-inch iPad Pro, namely Apple Pencil and Smart Keyboard support. Both these additions are great for the new iPad, but both of them seem better suited for the bigger iPad Pro. While some will definitely disagree with me, using the Apple Pencil on a 9.7-inch slate isn’t as comfortable or natural as it is with the 12.9-inch iPad Pro. Additionally, the 9.7-inch iPad line has always had a number of quality third-party Bluetooth keyboards available; it’s great that Apple has finally introduced a keyboard that’s specifically designed for the iPad, but it doesn’t stand out enough from other options that have been on the market for years.

Again, while these are nice additions, they don’t make or break this iPad.

Who Should (and Shouldn’t) Upgrade

Ultimately, it’s up to you to decide if the new improvements to the 9.7-inch iPad Pro justify its price tag, but there are a few things to consider before taking a trip to the Apple Store.

If you’re still using an iPad 1, 2, 3 or 4, you’ll notice a huge difference in not only the performance of the new iPad Pro but also in the size and weight of the hardware. The iPad has come a long way in a few short years, and if you’ve been using an older one, you’ll be more than amazed at how snappy and useful the new iPad Pro is.

On the other hand, if you’re using an iPad Air or iPad Air 2, it doesn’t make quite as much sense to upgrade at this time. The form factor hasn’t changed much since the original Air, and the differences in the new Pro and the Air 2 are really very minimal. But if you’ve been waiting to use the Apple Pencil since last fall, selling your old iPad Air or Air 2 and putting that money toward the purchase of a new iPad Pro might be a good option.

For iPad Air and Air 2 users, are you planning on getting an iPad upgrade? Or will you wait a few more generations before making the switch? For those of you with older iPads, is the new iPad Pro making you consider upgrading your old slate? Let us know in the comments below.

How iPads Are Becoming the Educator’s New Best Friend

“What Do You Use Your iPad For?”