You are here: Home / Apple Inc / The Premium Cost of Clean Design 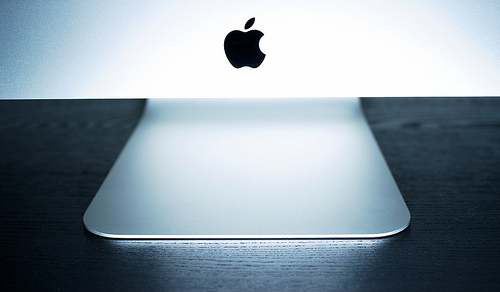 So you’re a college student, and you need to buy the perfect computer for your 4 years of higher education. What will you go with? Mac or PC? Apple or Dell? Shiny, clean design, or cheap and fast?

When I was in college I went with the PC – it’s what I grew up with, what I was familiar with. But I had an iPod, an iPhone and any other Apple gadget I could get my hands on, and I lusted after all the coffee shop lurkers that had their Macs out in front of them doing work. But that doesn’t mean that Apple products don’t have their downsides.

The most obvious one? Cost. The base price of the Apple desktop is over $2,000. For that price you could get the one of the fastest PC’s on the market and probably a few additional screens if you’re a multi-tasker (or a gamer).

At the same time – Macs have only recently begun gaining market share, which means that most viruses are built and geared towards PC. So while getting a Mac does not mean you’re insulated from all viruses, it’s much less likely, and therefore, it’s less likely that you’ll get the (mac version of the) blue screen of death. Which is always one of the worst moments in the world, when you realize your entire life, for some people, is completely wiped. My advice – always back up your hard drive. Just do it.

Yet for the additional cost that you’re forking over for an Apple branded product, you’re getting the support and the culture of the Apple brand as well as the shiny, clean design. I’m a sucker for design – if you didn’t have any idea. Even with the recent resignation of Steve Jobs, the Apple culture (or cult, depending on how you look at the situation) will continue to go strong. Look at how quickly iPods became the norm, and became synonyms for ‘mp3 player’ in the general public of the US. And look how quickly iPads are taking over the tablet market. And see how quickly rumors spread about new Apple products.

The cult of Mac isn’t going anywhere soon – and with it you get a whole crowd of enthusiastic peers – and the great service of Apple employees. Does Dell have a Genius Bar? Nope. Another one of the big sellers for Apple branded products is the OS. As of September 2011, the OS is Lion – very clean and intuitive, and the multi-gesture trackpad on laptops seems like something out of a future movie like I, Robot or Minority Report. Though you can install the OS on non-Apple branded computers, and you can install the Windows system on a Mac, honestly, who would want to do either of those? With the former, you’d lose the clean lines of Apple design and the immediate envy that rises in your friend when they see that glowing apple on the front of your computer, and with the latter you’d lose the intuitive nature of the Mac OS. Either way, somehow, you lose. Either go full out Mac or go full out PC.

There’s no room on the fence when it comes to computers, at least not in today’s world. But my opinion. Take your money and go to your nearest Apple store. Especially as a young college student, you’ll earn the jealous stares of your colleagues and you can be very well protected – if you pick up an Apple Care protection plan your computer will be safe no matter what happens to it. Cherish your shiny Mac, laptop or desktop. Join the cult.

Alice Sweeny is a freelance writer who works with a federal credit union albany ny – finances and money has been something that fascinates her, though she will splurge every once in a while on that gadget she absolutely needs to have.