You are here: Home / Apple Inc / Is This How Steve Jobs Planned to Change TV? 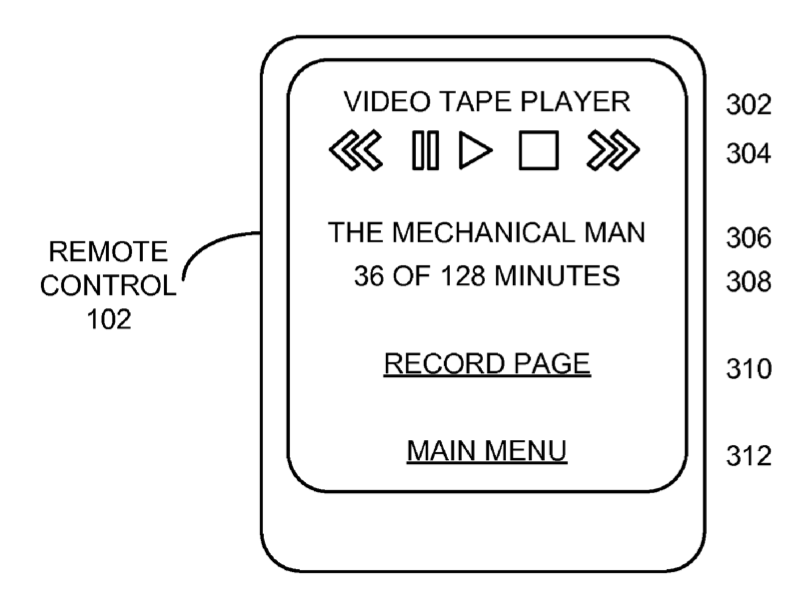 Is this it? The illusive secret of Steve Jobs’ much-hyped iTV?

A patent filing discovered today describes an intuitive, touchscreen, handheld device that will replace your entire pile of TV-related remotes.

The patent, “Apparatus and Method to Facilitate Universal Remote Control,” describes a touchscreen device of unknown size that solves the main problem with TV, DVD, Blu-ray, DVR, and all other AV remotes: too many buttons. Replacing all of those buttons with a more intuitive gadget, a gadget that adapts itself on-the-fly to whatever device you’re using and whatever content you’re viewing… I mean, that sounds like every guy’s idea of absolute euphoria.

But the patent doesn’t stop there. It also claims that this potential device will be able to discover all of your AV devices and set them up entirely on its own. No more programming your universal remote, no more six different remotes. It’s all done in one, and the process is completely fluid and invisible to the user. When a device becomes unavailable, it will vanish from the remote. The filing also suggests that the remote could be used to control the multimedia content on your iMac, including music and video.

Apple fanatics will remember that Walter Isaacson’s biography of Steve Jobs quoted Jobs as saying, “I’d like to create an integrated television set that is completely easy to use. It would be seamlessly synced with all of your devices and with iCloud. It will have the simplest user interface you could imagine. I finally cracked it.” It certainly sounds like he’s describing this universal touchscreen remote to me, although many pundits have speculated that iTV could also make use of patents that have been found for motion sensing controls similar to Xbox’s Kinect game controller, or even Siri.

With Apple known for holding onto its secrets so tightly, I’m sure it kills them to have to reveal biggest ideas this way, but their policy of patenting every part of everything they create makes it impossible to have things both ways. If I was them, I’d hold on to those patent applications until the 11th hour before a new product reveal.

But that’s just me. This particular patent was first filed in September of last year.

Are we nearing the release of iTV? One thing’s for certain: Apple won’t unveil it until they’re absolutely certain that they’re ready to reimagine the entire paradigm of the modern television.