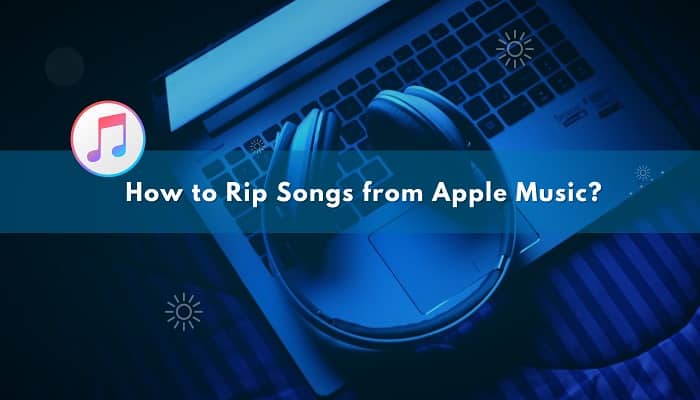 One of the most exciting news of Apple Music in 2020 is that Apple has officially launched Apple Music’s web player, which means you can now access your Apple Music library via any web browser and listen to your favorite songs online without iTunes or desktop Music app.

It’s not a “new” feature though because some of its competitors, such as Spotify and Amazon Music, have already supported web players for quite a long time. And the web-based version of Apple Music obviously needs more improvements in the future so as to provide a better streaming experience for its users.

Perhaps you are not a fan of listening to music via your web browser. Or you might prefer playing your Apple Music playlists on other non-apple devices offline. If that’s the case, then you should really check out this tutorial because it will help you get the most out of your Apple Music subscription.

The techniques you’ll learn in the tutorial:

What is TuneFab Apple Music Converter?

No matter which music streaming service you use, they all have one thing in common – the DRM restriction. DRM is short for Digital Rights Management, which is a technology used for restricting the use of copyrighted digital media. For Apple, they use FairPlay DRM technology to encrypt offline music tracks from Apple Music. All Apple Music songs are encoded as protected M4P format making them only playable on Apple’s authorized devices.

When DRM is protecting the copyright of digital work, it also brings significant inconvenience to users. To make it possible for users to play their purchased content without suffering from the restrictions, some dedicated tools like TuneFab Apple Music Converter are thereby created.

TuneFab Apple Music Converter is a specialized software that can convert Apple Music’s M4P tracks to high-quality MP3, M4A, AAC, WAV, M4R, and other popular audio formats. This software is also known as an all-in-one iTunes converter because it can handle almost all kinds of iTunes media files, such as purchased iTunes songs, iTunes audiobook, iTunes podcast, music videos, etc.

#2 Keep the original quality from Apple Music tracks after conversion.

#3 All ID3 tags and metadata information will be preserved as the original.

#4 Automatically load and import all your songs, playlists, or audiobooks from iTunes.

The above list does not include all the features of TuneFab Apple Music Converter, but it will give you a basic concept of what TuneFab Apple Converter is used for. Now some of you might be wondering how this software works, let’s get into the next part and see how to use it to rip songs from Apple Music.

Next, go to TuneFab’s official website to download the latest version of TuneFab Apple Music Converter, then install and launch it on your Mac. This software runs on Mac OS X 10.9 or above.

Since TuneFab Apple Music Converter is able to connect with your iTunes account, it will automatically import your entire music library including songs, playlists, albums, audiobooks, music videos, etc. into the program. Plus, its UI design is based on iTunes, so it’s quite like you are performing the converting task directly from your iTunes music library.

To add an entire playlist: Select a playlist from the left panel, then click on the checkbox at the upper left corner of the music catalog. All songs from that playlist will be selected at once.

To add random songs: Select “Music” or other playlists from the left panel, then you can drag and select some specific songs with your mouse. This feature allows you to add songs in an extremely easy way.

You can now go to the “Output Settings” tab to select your desired output format, sound quality, and output location. You can choose MP3, M4A, or other formats that are compatible with your devices.

The final step is to click at the “Convert” button, then the software will start converting all selected songs into the target format. All ID3 tags such as title, album, album artist, album covert, and more will be automatically preserved.

After converting, you can burn the converted songs to CD, create them as iPhone ringtones or transfer the songs to your MP3 player for offline listening. Most importantly, these songs have now become DRM-free which means you can keep all your offline tracks forever even after you cancel your Apple Music subscription.

In addition to Apple Music songs, TuneFab Apple Music Converter is also capable of converting iTunes protected AAC audio files and Audible/iTunes protected audiobooks. If you want to know more about its features, you can download the free trial version to fully evaluate its performance. It offers 30 days free trial, lifetime free update, and free technical support for all users.

Please note that we do not advocate piracy. TuneFab Apple Music Converter is for personal and noncommercial use only. You must have a valid Apple Music subscription plan before using this tool.