You are here: Home / Feature / The Men Who Would Be Steve 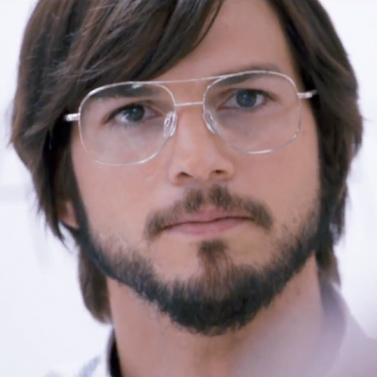 With the controversial Jobs movie arriving in theaters today, let’s take a look at the five men who’ve portrayed Steve Jobs on camera.

Note that this list is live action only. I’m ignoring animated portrayals for the purposes of this article.

The first person to ever depict Steve Jobs on film was actor Noah Wyle, who was Jobs opposite Anthony Michael Hall’s Bill Gates in 1999’s Pirates of Silicon Valley. The TV-movie has become a touchstone for Apple historians, and Wyle’s portrayal was so well received that Jobs himself asked Wyle to join him on stage for a skit at MacWorld NY that same year. In it, Wyle took the stage before Jobs, pretending to be him, and many attendees further back from the stage were said to have no idea for the first few minutes that Wyle wasn’t the genuine article. When Disneyland opened its California Adventure theme park in 2001, one of the less high-profile attractions was a short film called Golden Dreams that was filmed and shown exclusively at the park. It traced the history of California with several landmark events, including the introduction of the Apple computer by Steve Jobs. For this film, which can still be seen at California Adventure, Jobs was portrayed by Mark Neveldine. Neveldine is better known today as part of the writer/director duo responsible for the Crank films and Ghost Rider: Spirit of Vengeance.

Steve Jobs has been portrayed on Saturday Night Live on three separate occasions between 2005 and 2010, and all three times he was played by comic actor Fred Armisen. Armisen is probably best remembered on SNL for his portrayal of President Barack Obama. Nowadays he’s most frequently seen as one of the stars (and writers) of the quirky sitcom Portlandia.

I tried to avoid Internet-only shows and movies for this list, but this one was impossible to ignore, thanks to the star power onboard. iSteve is an 80-minute 2013 faux documentary about the life of the Apple CEO, as portrayed by Justin Long. It was reportedly written in three days, filmed over five, and debuted on comedy video site Funny or Die. Long’s casting is the first of the project’s many ironies, since he rose to fame as the Mac in the 2006-2009 “Get a Mac” ad campaign (“Hi, I’m a Mac.” “And I’m a PC.”). Irony #2: actor Anthony Gioe plays Justin Long in the movie.

Ashton Kutcher‘s performance as Steve Jobs has drawn more admiration than the film he stars in. Kutcher’s dedication to the role in Jobs was so extreme that he reportedly got sick from undertaking one of Jobs’ infamous apple fasts. Reviews claim that Kutcher studied his subject extensively, adopting Jobs’ speech patterns, expressive hands, and walk, and many a journalist has noted the actor’s more-than-passing resemblance to the late CEO. I haven’t seen the film myself, so I’ll abstain from passing judgment, but I’m very curious to hear what Apple Gazette’s readers think.