You are here: Home / Opinion / A Glimmer of Hope for ‘jOBS’? 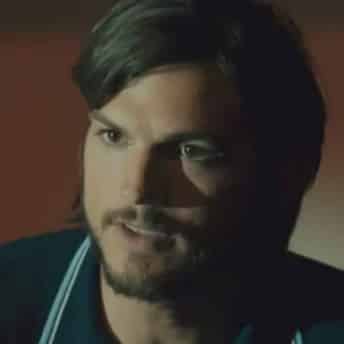 I’ve made no secret of my disdain for the idea of Ashton Kutcher taking on the role of Steve Jobs in the upcoming movie jOBS (despite his uncanny resemblance to the late tech icon). Kutcher’s never struck me as a very good actor. Then I saw this first clip of Kutcher in action… and I’m kinda surprised.

When jOBS was first announced, my feeling was that it was a quick cash-grab of a movie, rushed into production to beat Sony’s movie (based on Walter Isaacson’s official biography) to theaters. Things I’ve seen and read since reinforced this notion, as if the filmmakers read through every biography they could get their hands on about every person involved in Jobs’ life, and compiled all of that stuff into a paint-by-numbers script.

It wasn’t long ago that we heard that jOBS would not only be playing at Sundance, but it was set as the closing night film, which is something of a special honor at the annual film festival. (This first public screening of the film takes place this coming Sunday evening, the 27th.) While we wait to hear initial impressions from Sundance attendees, it was just announced that Kutcher, actor Josh Gad (who plays Woz), Will.i.am, and Intel’s Brian David Johnson would take part in a special panel at MacWorld to discuss the film with Apple fans. You have to admit, that’s a ballsy piece of PR. It could so easily blow up in their faces, but props to them for trying something so bold.

Now, we have the very first clip from the film to gawk at. And to be honest… It’s not bad. Gad’s Woz may have inexplicably bushy hair, but he captures Woz’ mumbly, awkward mannerisms quite well. Kutcher is the one it’s impossible to stop staring at, because you can tell he’s been studying Jobs’ every tic and inflection. The way he moves, the gestures with such wild enthusiasm, his overall charisma — it’s a better Jobs homage than I expected. And his voice… Sure, he still sounds like Ashton Kutcher. But he’s changed his accent and the way he enunciates what he says. It’s about as close as you can get to sounding like Steve Jobs without altering your voice and doing an impression.

It’s hard to get a feel for an entire performance based on a minute-and-a-half clip. (I can’t help wondering why production studio Five Star Institute decided to unveil their movie with a clip instead of a trailer.) I’m reserving judgment until I’ve seen a lot more. But I’m a little bit encouraged by this. I still don’t consider myself an Ashton Kutcher fan, and doubt I ever will.

But… maybe it won’t completely suck. And since the script for the Sony movie, as written by Aaron Sorkin, is going down a wildly unconventional path that will depict precious little of Jobs’ life, jOBS does represent our only chance to see the full story of his life on film.

Could there be hope? I want to hear what you think.