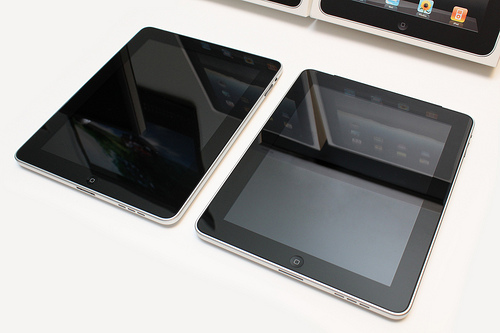 There are strong indications that Apple’s next generation tablet, the iPad 3, is already being manufactured and will probably be announced and ready to sell by March, which is just in two short months.

A March 2012 release date is actually within the grounds of possibility because it is a schedule that fits with the previous release dates for the iPad and iPad 2. The original iPad was released in April 2010 whil the iPad 2 was released March last year.

A report from Bloomberg about the iPad 3 suggestions that the third generation of Apple’s market leading tablet will sport a high definition screen (which could be a 10 inch Retina display). The report states that the resolution will feature pixels that are so small “images look like printed material.”

The iPad 3 will also have a quad-core processor and will most probably offer 4G LTE connectivity. The report justified the addition of LTE support due to the iPad’s bigger battery capacity and its ability to support the specific power requirements of LTE connectivity.

The Bloomberg report further stated that manufacturing of the iPad 3 is already underway in Asia. Apple’s manufacturing partner, Foxconn, is allegedly already operating 24 hours a day to meet the demands for the release date of the highly anticipated next generation tablet. Bloomberg said it has contacted three different sources who are quite familiar with the “product.”

Anticipation for the iPad 3 is at a high level. Along with the iPhone, the iPad is one of Apple’s huge sellers and an innovation product to boot. It’s not only consumers who look forward to the new iPad but also other hardware manufacturers who want to find out what new thing Apple will offer with their newest product.