You are here: Home / iPad / No iPad Air? Why We Should Rethink Apple’s Refresh Cycle 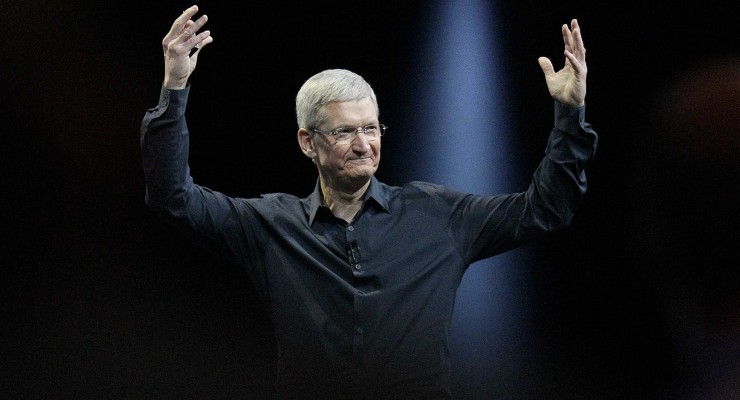 Apple’s annual release of its new iPhones and iPads is a moment of celebration for every Apple fangirl and fanboy out there. The releases come but once a year (except for that one time), and every year we hope that Apple will wow us again, but have Apple’s more or less cyclical releases of the iPhone and iPad become problematic for the company as well as the consumer? With rumors of no new iPad Air this year, it may be time to rethink Apple’s refresh cycle. It’s hard to remember a time before Apple’s large and lavish product introductions and demonstrations, but they are actually fairly recent. The original iPhone was released in June 2007, and for several of its successors, iPhone 3G, 3GS and 4, Apple followed the summer release trend. Apple followed a similar course with the iPad, releasing the original in April 2010; iPads 2 and 3 also had a spring release date. These release cycles were interrupted when the iPad 4 was released in November 2012, just months after the iPad 3’s March 2012 release. Since then, Apple has released new iPhones and iPads during the fall, a jumpstart to the holiday season.

Now, there’s nothing in writing that demands that Apple must release products during these parts of the year, but the company’s regular releases have made us expect something early in the holiday season. But a recent rumor has suggested that this year, we may be without a iPad Air refresh; if the rumor turns out to be true, this would be the first year without a new 9.7” iPad since the original’s release in 2010. Putting aside other rumors regarding the release of the fabled “iPad Pro,” we should take a minute and reflect on what it means for Apple not to release a third iPad Air this year. Do we really need or even want a new iPad Air? Let’s take a look at the current iPad’s specs. At launch, the iPad Air 2 was hailed as the perfect tablet; Apple fitted the tablet with its A8X processor, loaded it with 2GB of RAM, included a Touch ID on the Home button and offered it in three different colors, including a gold option. And earlier this year, Apple announced its upcoming operating system, iOS 9, and seemed to breathe new life into the already snappy tablet. With 2GB of RAM, the iPad Air 2 will be the only tablet in Apple’s line that will be able to truly take advantage of iOS’s multitasking feature. In short, the iPad Air 2 was born to run iOS 9.

With this much power under the hood, is there a need for an iPad Air 3?

This is a serious question, and it’s not simply a question of Apple competing with other companies making tablet. This is truly an ethical question.

Though Foxconn has cleaned up its factories in recent years and the images of nets hanging between buildings has almost left our collective memory, Dawn Chmielewski’s report from inside Foxconn’s factory gates still should raise questions about the mental and physical health of Foxconn’s employees. Additionally, in December 2014 the BBC reported that workers in Pegatron factories outside of Shanghai, factories that make Apple’s iPhones, were being subjected to inhumane treatment; the BBC’s report shows workers falling asleep during 12-hour shifts and working as many as 18 days in a row. This is just a call for empathy for other people (yes, real human beings) who have to screw every tiny Pentalobe screw into every device that we use every day. We could have a different discussion about the mind-boggling amount of the earth’s natural resources it takes to build these devices. (In Apple’s defense, it is working to encourage recycling of outdated products.)

We have an unhealthy appetite for not just Apple’s products but technology in general. Capitalism and the consumer culture it encourages has been a problem for centuries, but advances in computer technology seems to have ramped up our appetite for things.

If we’re totally honest with ourselves, what do we really use our iPhones and iPads for? Most of the time we’re not changing the world, like Apple’s advertisement seem to suggest we do on a daily basis. How much more power do we need to post an update on Facebook, send out a tweet, share a picture on Instagram, check email, listen to music or snap a quick picture? If the rumor is true and we don’t see a new iPad Air 3 this year, it may be because the iPad Air 2 is perfectly suited for our needs. Apple (or any other tablet maker) isn’t making huge advances in tablet technology; we’ve come a long way from the original iPad, but short of a huge technological innovation in microchip and/or battery technology, how much further can Apple go?

Were you looking forward to a refreshed iPad Air this year? Leave your thoughts in the comments below.

Is it Game Over for the iPad?