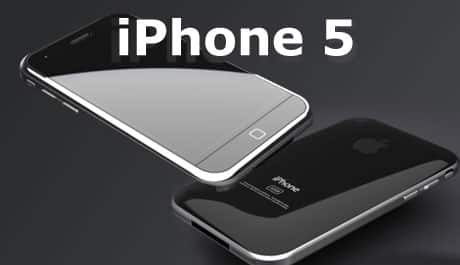 The iPhone 4S is just a couple of months old. After the oohs and aahs over Siri, the iPhone 4s is really not that much different from the iPhone 4 so the attention of iPhone fans has again shifted to the real next-gen iPhone, the iPhone 5.

We’ve reported a lot about the iPhone 5 and what new features it will have. Count this as another iPhone 5 rumor report. As a recap, we’ve speculated that the iPhone 5 will probably sport a Retina display, a larger screen size, a faster processor and that it will be 4G compatible.

Based on the new rumors circulating online, the iPhone 5 will not only be a different phone in terms of features and looks. It will also be a different phone in terms of feel. According to sources who talked to BGR, a tech web site, the upcoming iphone will use a rubber or plastic material that will be used as the bezel of the phone case. The back of the phone will be made with a new aluminum back plate and will also have a new antenna system – probably as an answer to the initial reception problems the iPhone 4 had.

Regarding the release schedule for the iPhone 5, the belief is that Apple will still be following its usual summer launch. But if this does happen, Apple will be in for a very hectic summer. There are reports that Apple will also be releasing the new Apple iTV either in the second or third quarter of 2012.