You are here: Home / iPad / iPad Pro With USB Ports on Its Way? 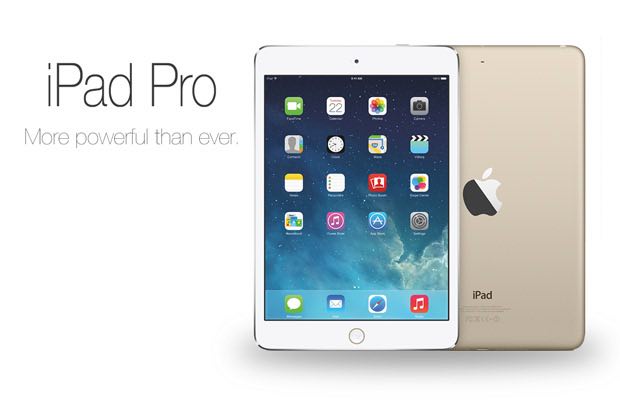 Here’s a tidbit that may tickle iPad lovers’ fancy. Or not. It depends on what you want for your next iPad. We just might get an iPad Pro that can support USB sticks, a mouse, and maybe even a keyboard.

It’s not that the iPad Pro is fresh news. We’ve heard about the rumors about the 12.9-inch iPad before, but this new detail about the USB ports is something to think about.

Apple Insider, citing the WSJ, reports that the new iPad’s design is not yet final. With “pro” being tacked on to the name (although it may totally be different), Apple is reportedly putting on the final touches to its enterprise features as well.

Think Surface Pro, which, by the way, is one of the reasons I don’t think the table will be called iPad Pro when released.

According to WSJ’s source, however, Apple is “now considering the faster technology for data synchronization between the larger iPad and other computing devices. Apple is also working on technology to speed up the iPad charging time, but it remains uncertain if the final design will have these new features.”

Aside from these details, there have been previous speculations about the new iPad having extra built-in speakers.

As usual, we don’t really know what’s exactly in store for us, but honestly, I’d rather have an option to stick in a microSD card for storage expansion. One can dream, yeah?

P.S. I’m sticking with the iPad Mini so…