You are here: Home / iOS / Get the Most Out of Your Apple Ecosystem 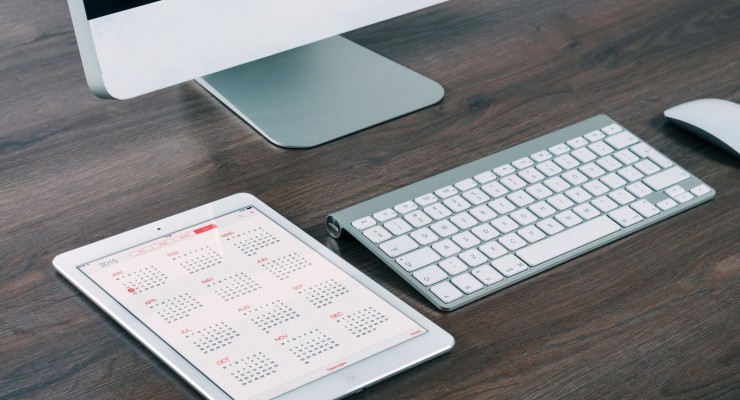 For most of us, it’s that initial Apple product that really gets us going. It makes us wonder why we ever tried using any other piece of hardware. We get so used to the way that Apple does things, when we have to occasionally use other operating systems, it can be a little disorienting. For me, that initial device (not counting my Mac from the early 90s) was an iPhone. It was my first taste of Apple with Steve Jobs back at the helm, and it was like nothing I’d ever used before.

Today, it’s harder to say that the iPhone, iPad or even the MacBook is totally unlike any other piece of hardware on the market. Google’s Android software has made some really great strides toward becoming a first-class operating system, and Windows has finally figured out that the key to the future of computing is in mobile, so it’s only a matter of time before its operating system matures and becomes a true competitor in the field.

With that said, if you’re new to Apple products, if you’ve just purchased that oneÂ new thing, what makes Apple so special, even today, might not be immediately apparent. After all, the iOS and OS X are relatively similar to many other types of popular software that you’ve used before, and the look and feel of Apple’s devices has been copied by some of the best companies in the business for years, making it hard to tell which one does it best, but to those of us who have been Apple supporters for many years, it’s clear what makes Apple and its products so special: its ecosystem. Get the most out of your Apple ecosystem with these fourÂ quick tips!

If you’re only using one type of Apple gadget, Photo Stream might not appeal to you. But if you’re using more than one, say an iPhone and iPad for example, Photo Stream will make your life so much easier. With Photo Stream enabled, when you snap a picture with any Apple device, it will automatically be uploaded to the cloud and be made accessible from any Apple device. Photo stream makes showing off those pictures from your last vacation quick and easy, even if you didn’t store them locally on your iPhone. The best way to use Photo Stream, though, is just to use it like you would any other photo library and forget about it. One of the great things about Apple devices is that they just work, so when you go to your photo library, no matter what Apple device you’re using, you won’t even have to think about whether or not the photo you’re looking for will be there. It all happens automatically. So stop worrying so much.

Many people skip over Apple’s stock apps. After all, they can seem confusing and complicated, so it’s just easier to use the same apps or web-based applications that you’ve always used. But Apple’s not like every other tech company out there — it actually makes quality stock apps. Take Mail, for example: though it has experienced several problems over the years, it remains a top-rate email client that makes all of your email accessible to you online as well as offline. Its search feature makes it easy to look through your inbox (or multiple inboxes) to find exactly what you’re looking for. Additionally, Mail makes it easy for you to have access to all your emails through a single app on multiple devices, so if you know you saved an email draft on your iPhone and want to finish it up on your MacBook or iMac, that draft will be there waiting for you as soon as you fire up Mail. Mail is just one of the great stock apps that Apple has made incredibly versatile and reliable through the years. Other great apps include Messages, Notes and the suite of iWork apps (Pages, Numbers and Keynote).

AirPlay is one of those aspects of the Apple ecosystem that people tend to overlook. Yes, it’s a great feature at first, but you soon forget about it, and find yourself struggling to see the tiny letters on your iPad when you’re lying in bed. If you pair your iPhone or iPad with an Apple TV or an iMac, AirPlay quickly converts that TV or computer screen into a media hub. Many apps take advantage of Apple’s AirPlay feature, making it easy to share your small screen with a much larger screen — often, a much more pleasurable viewing experience.

Lightning power connectors may be replaced soon with some really awesome wireless charging technology, but for now, Lighting connectors is what we have, and that’s okay with me. My iPad, iPhone and Apple TV remote all charge through one universal charging cable: the Lightning cable. So that means that whenever I’m trying to pack up cables for a trip or just trying to find one for a quick charge, I don’t have to try and remember which cord goes to which device. Apple’s Lightning cable makes it easy to seamlessly charge device after device, and it helps to build a much larger feeling of unity between Apple’s diverse product lines.

Apple’s true goal is to make its ecosystem so seamless that it never feels like you’re simply using one Apple product — at any given time, you’re usingÂ allÂ your Apple products at once, you’re using a much bigger product: the Apple ecosystem. Make no mistake, when you buy into Apple hardware and software, you’re not just buying one simple product, you’re buying a lifestyle — that’s why you have to always sign in with an Apple ID that links your account to your device. Apple’s real product is the connection it creates between products, not the products themselves, and if Apple’s competitors ever figure out a good way to replicate that process, Apple will be in a lot of trouble.

How to Use Apple Music