You are here: Home / Apps / Why Does Apple Approve Fraudulent Apps for the App Store? 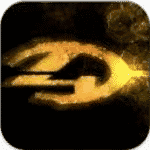 Came across an app this morning that blew my mind — for a minute. A mobile version of Halo 4 in the App Store? Nope. It’s a scam that instead of giving you Halo 4, gives you a chess game.

So I’ve been following the latest price updates over at AppShopper, checking out those amazing Christmas sales, when I noticed something surprising. Halo 4 had just been approved into the iTunes App Store.

Microsoft’s flagship video game franchise for the Xbox, in the App Store? It was unbelievable. Why would Microsoft make their most important game available for iPhone and iPad before they made a version for… oh, say… Microsoft Surface?? (Which, let’s face it, could really use a killer app.) And yet, when I looked at the app page in the iTunes Store, it looked legit. The listing had the right sound of Big Company Speak™, and the screenshots matched the Xbox 360 game. Surely Apple doesn’t approve stuff that don’t put their own screenshots in them, right?

And then I glanced up at the developer. Instead of Microsoft, it says “Toan Tran,” whoever that is. Over on the Ratings & Reviews tab, there are several user reviews by outraged gamers who purchased the app, only to find themselves with a chess game instead. There are also a bunch of fake reviews that were so obviously written by this Toan Tran person, they don’t even try very hard to make their faux reviews look real. (Every one of them is written by users with first, middle initial, and last names, in that exact format.) And the developer has the nerve to charge $4.99 for tricking users into buying a fraudulent app!

But wait, it gets even better. This fake Halo 4 app is universal, so it works for iPad and iPhone both. But there’s also a completely separate, iPhone-only app in the App Store that uses the exact same icon, the same product description (word-for-word), and the same $4.99 price. But this one is by a different developer — someone going by the name “Dung Bui.” So not only is this so-called developer tricking people out of five dollars, the scammer put two separate copies of his or her app in the App Store. As if we wouldn’t notice!

The only truth in this advertising is the dung part.

Hey, Apple! Why do you have no problem selling apps that trick people out of their money with false claims and fake screenshots, yet people selling legitimate apps get rejected or pulled from the App Store for confusing violations of some crazy legal mumbo-jumbo? Actually, you can lop off the second half of that and it would still be a perfectly valid question. You claim that a real human being checks every single app before it’s approved. So why does crap like this get through your system? It’s outrageous.

If you mean to be serious about enforcing restrictions on content, you also have to start rejecting apps that have misleading descriptions, that use screenshots stolen from other sources, or that use artificial “user reviews” written by the developer. Enough is enough.

UPDATE: In the time that it took me to write and publish this article, the aforementioned Halo 4 apps (both of them) have been pulled from the App Store. Good on Apple for pulling them so fast, but shame on them for approving the apps in the first place!