You are here: Home / Opinion / Does Anyone Care About a Streaming Music Service From Apple? 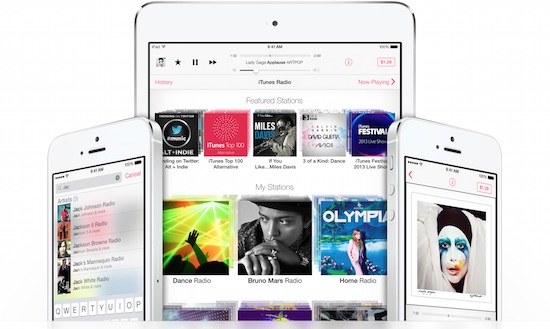 When Apple acquired Beats for $3 billion last year most analysts believed it was a strategic move to help the Cupertino-based company to get into the streaming music industry. While Beats is well known for making flashy headphones with questionable audio quality, the company had recently launched Beats Music to some fanfare a few months prior to the buyout. The subscription service was designed to compete with the likes of Pandora and Spotify, giving consumers yet another option for listening to the music they love. Now, months later, there are some rumblings that Apple is getting closer to launching their own service based on the Beats technology. The question is, at this point does anyone really care?

Since the debut of the iTunes Store back in 2003 Apple has been in the music business. Sure, the company had been selling iPods prior to that, but it wasn’t until they created a music ecosystem around the device that the company truly became a player in the industry. Since that time however record sales have trailed off dramatically, the iPod has been replaced with smartphones, and many music lovers have shifted their attention to streaming their tunes rather than actually purchasing, their favorite songs.

To capitalize on this trend Apple actually released iTunes Radio in the U.S. and Australia back in 2013. The service functions a lot like Pandora, giving listeners an opportunity to create custom stations based around their favorite artists. It also gives music lovers the option to purchase any of the songs that they hear, but since it is a free streaming service there are plenty of commercials that are played at regular intervals as well.

Despite the fact that iTunes Radio has an impressive amount of music, solid customization features, and an easy to use interface, it has failed to become a major hit with music fans. It got off to a fast start garnering 20 million active users in its first three months, but it has failed to dethrone Pandora as the top music streaming service. On top of that, Apple hasn’t found a way to monetize iTunes Radio outside of selling advertising either, as reports indicate that it hasn’t helped sell more songs as the company had originally hoped. In contrast, Beat’s Music launched last January and was said to have 525,000 paying users when Apple purchased the company in June of 2014. Since then, very little has been heard about the service, which was expected to have steady growth throughout the year under the guidance of music legends Dr. Dre and Jimmy Iovine. Now, rumors suggest that Apple will roll Beats Music into iTunes and iOS, delivering yet another music streaming option to customers – whether they want it or not.

Considering all the options that are available in the realm of streaming music services at the moment, it’s hard to get excited about another one, even if it is from Apple. The company does have plenty of money to spend to promote it however, and it is no doubt counting on Dre and Iovine to make inroads with convincing their friends in the music industry to come onboard, something that other services have struggled with at times. But whether or not deep pockets and music moguls makes a difference remains to be seen.

As someone who uses Pandora and iTunes Radio on a regular basis, I have to say that at this point I have zero interest in another streaming service from Apple, and I’m betting most other people don’t either. Most of us have probably selected a service or two that we already like, and use them to fill our needs. There would have to be something incredibly compelling about yet another new service to attract my attention, and just what that would be at tis point escapes me. Add in the fact that this new service is likely to come with a monthly subscription fee, and my interest only wanes further. What isn’t all that compelling is the thought of having yet more functionality bolted onto iTunes. The software was once a strength for Apple, but now it has grown into a bloated product that has become increasingly more challenging to navigate and use. Not only does the software serve as a media player on our computers, but it is also a portal to all of the digital content that Apple sells, and our interface for interacting with iTunes Radio too. And if that wasn’t enough, it also functions as the software that handles syncing services for all of our iOS devices as well, something it has become increasingly less efficient at handling. Adding Beats Music to iTunes – as is rumored – seems like it will only add to that bloat, making the software even more ponderous than it already is, and dragging performance down further.

Apple is obviously known for doing some very innovative things, and it is unlike them to make a splashy purchase such as Beats without having a plan. But what Beats brings to the table – other than Dr. Dre and Iovine – remains a bit murky at this point. It is possible that the new music service will have some interesting new features and options music lovers haven’t seen before, but it really is hard to imagine just what those could be at this point.

Just what sets a streaming music service from Apple apart from the other available options isn’t abundantly clear, which in turn makes it tough to get excited about its potential release. Considering the competition has quite a head start on them, Apple will have to deliver a product that makes those who are currently paying for streaming music convert to their offering, while also finding ways to entice non-paying customers to sign up. That’s going to be a tough sell in a market filled with competitors who are all trying to do the same.

What would you like to see out of Apple’s new streaming music service? In what areas can Apple improve on what the competition is already doing? Leave a comment with your thoughts.

Will Beats Music Ever Be Absorbed into iTunes?