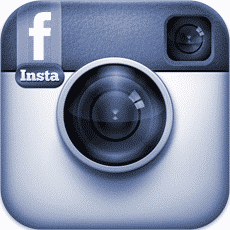 Facebook just bought Instagram, the photo-sharing social network that started its life as an iPhone app. The purchase price? One. Billion. Dollars. So here’s the elephant-in-the-room question: Why?

Instagram is the popular photo-sharing social network that debuted on the iPhone two years ago. (Just last week, Instagram launched an Android version of its app.) It combines a collection of preset photo filters with easy-to-use photo sharing capabilities. In the last two years, it’s attracted somewhere in excess of 30 million users. It’s also spawned dozens of imitation apps.

Facebook t0day agreed to buy it for the enormous sum of one billion dollars. Some news agencies are reporting that Instagram also fielded an offer from Google in the last month or so, but that Facebook clinched the deal by doubling its last offer of $500 million. Instagram’s 13-member staff will be joining Facebook’s staff, but Facebook has pledged not to absorb Instagram. Rather, they’ll “continue to develop it independently.” (Kind of like what happened when Google bought YouTube.)

What does this mean to Apple users? Likely nothing. Although a tighter integration with Facebook (despite Facebook’s promise not to remove Instagram’s connectivity to other social networks) could be a minor thumbing of Facebook’s nose at Apple. Reportedly, when Apple integrated Twitter-sharing into iOS and OS X, they attempted to do the same with Facebook but couldn’t come to an amicable agreement. For right now, nothing will change for iPhone Instagram users. But who knows what the future holds?

Users? Instagram’s 30 million users are nothing to sneeze at, but even if not a single one of them were also Facebook users (which isn’t remotely the case), it barely holds a candle to Facebook’s 850 million+ users.

Technology? Instagram doesn’t seem to have invented any new technology; it simply combines several existing technologies in an attractive, easy-to-use package. Instagram owns no patents that I can find.

Talent? Knowing very little about the 13 people who work at Instagram, I can’t speak to this. Measuring their talents and capabilities against Facebook’s army of employees is something that’s probably impossible to be objective about. But Facebook is largely staffed by developers (aka, software makers), so it’s hard to imagine that Facebook couldn’t do most, if not all, of the things that Instagram’s staff has done, if it so chose.

Regardless of all this… Instagram is unquestionably valuable. Its value has to stem from its popularity, since it’s unknown how Instagram’s been able to monetize its business — if at all. (The app is a free download, there’s no charge for using its services, and it serves no ads to its users.) So what’s the secret to Instagram’s success, and therefore its value? Put simply: Instagram was a good idea that struck its match at exactly the right moment.

But even that doesn’t present any obvious advantages to Facebook. Facebook users already share gazillions of photos with each other every day — both on the web and via Facebook’s own mobile app. And any developer in the world could come up with a set of pre-made photo filters.

1) It gives them caché. Consider this: Facebook’s highly publicized IPO is coming up soon, and they might believe that a high-profile acquisition like Instagram will boost the attractiveness of their portfolio.

2) It eliminates a potential threat. Facebook is probably nearing its ceiling for new users, while Instagram’s star is rising, and has nowhere to go but up. There were rumors flying around a while back that Facebook was working on its own Instagram-type photo-sharing app for iPhone and Android, but despite some strong evidence of said app’s existence, it never materialized. Maybe Facebook figured it’d be easier to join ’em instead of beating ’em.

Which do you think it is? Might it be a combination of both?

Then again, Mark Zuckerberg is a known Instagram fan and user. So maybe he just wanted a shiny new toy to call his own.