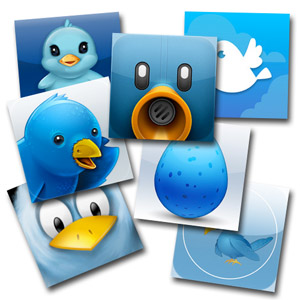 Twitter is about to implement strict new rules about what kinds of apps can access their API. In English, this means one thing: your favorite Twitter app may soon stop working.

If you use the official Twitter apps — the iOS, Android, and Mac apps — or Twitter.com, then nothing will change for you. But if you’re a power Twitterer who enjoys the more robust experience third-party apps like Tweetbot offer, you may be seriously screwed.

Twitter’s API changes, announced late yesterday, force major new restrictions on how third-party developers can interact with the social network. Chief among them: capping the number of users that “traditional” third-party apps can have. (Twitter defines “traditional” as apps that mimic the Twitter.com experience, instead of presenting Twitter’s data in a whole new way.) There are also new authentication rules, new visual display requirements, Twitter-certification requirements, and apps with huge numbers of users will have to work hand-in-hand directly with Twitter to keep their API usage functioning.

Why is Twitter crippling its developer base this way? Unsurprisingly, it comes down to money. Twitter wants to better monetize its product, and to do that, Twitter says it needs more control to create a consistent experience for users. On paper, it sounds reasonable. But these new restrictions will absolutely have detrimental effects on a lot of our favorite Twitter clients.

Then there are the grey area apps, where frankly we have no idea what’s going to happen. It probably comes down to how Twitter arbitrarily decides to deal with each client. (That’s right: I suspect this stuff will come down more to politics than policies.) These include Flipboard (which will likely be left alone, thanks to its popularity), Storify, Instapaper, web app IFTTT, and many more.

Maybe it’s not the end of the world for Twitter users. Maybe the sky’s not falling. As an avid lover of Tweetbot, Flipboard, Instagram, and lots of other apps that depend on Twitter for numerous basic functions, I sure hope not.

On the flip side of this coin is the (rather loud) faction of users who claim that this move makes Twitter more like Apple, with its “closed ecosystem.” But I say there’s a difference. Twitter didn’t start as a closed ecosystem. Twitter has largely been, from its inception, a wide-open platform. That’s why there are so many third-party apps. Apple never had to make such a drastic switch, so Cupertino has never dealt with the kind of backlash that Twitter is experiencing now.

But the similarities to what Apple is and what Twitter wants to be can’t be denied. Going for a more consistent user experience by creating a less developer-friendly product could be the wave of the future. It has worked for Apple for decades, after all. Apple’s become the world’s most valuable company, and their ecosystem is more closed-off than any other. Maybe other tech companies will follow in Twitter’s (er, Apple’s?) footsteps.

Then again, the knee-jerk reaction to all this seems to indicate that social media users hate change, and moving away from their favorite Twitter client may be an adjustment they’re just not willing to make.