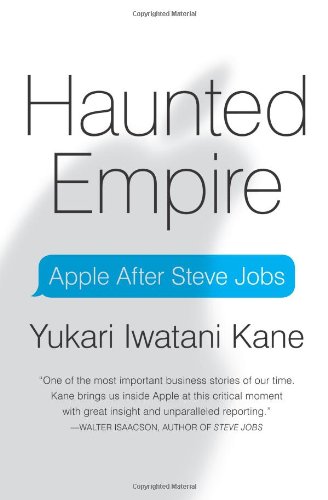 I don’t know if you’ve read Walter Isaacson’s Steve Jobs, but I have to admit I never finished the book. It’s not about how bad or good the book is, really. I just cannot find the time to finish it. This month, another book on Apple and Steve Jobs (somehow he’s still in the mix) was launched, and it has already caught the attention of Apple CEO Tim Cook. Titled Haunted Empire: Apple After Steve Jobs, the book was written by former Wall Street Journal technology reporter Yukari Iwatani Kane.

The book is all about the internal tensions and struggles in the company after its iconic leader passed away. It is based on more than 200 interviews with current and former executives, business partners, Apple watchers, and host of other relevant individuals.

I haven’t read it, but Tim Cook thinks it’s all nonsense. He’s even made a statement about it:

This nonsense belongs with some of the other books I’ve read about Apple. It fails to capture Apple, Steve, or anyone else in the company. Apple has over 85,000 employees that come to work each day to do their best work, to create the world’s best products, to put their mark in the universe and leave it better than they found it. This has been the heart of Apple from day one and will remain at the heart for decades to come. I am very confident about our future. We’ve always had many doubters in our history. They only make us stronger. (Source)

Since the book points to Apple having left its best days behind it, Tim Cook’s reaction is but understandable, don’t you think?

Who’s read the book? What do you think about it?

On another note, have fun with Steve Jobs’ most outrageous moments instead.