You are here: Home / Accessories / Senator Wants to Ban the iPhone 6 Gun Case 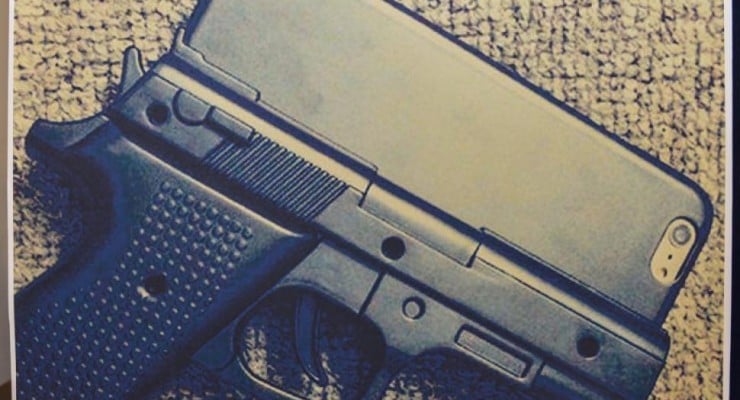 Remember the winner of the Stupidest iPhone Case Award?

Well, the government has gotten wind of the iPhone 6 gun case, and Sen. Charles Schumer (D-N.Y.) is calling for a ban – and rightly so. His team published a press release on his website stating that the iPhone 6 case probably violates federal law.

“Any retailer willing to sell this potentially dangerous and tasteless handgun iPhone case is making a very bad call and putting lives at risk. We should be doing everything in our power to end the rash of gun violence across the country, however, this product simply promotes it. Moreover, this iPhone gun case can result in tragedy if mistaken for a real gun. I hope that Amazon and eBay take urgent action and remove all gun grip phone case products from their sites,” said Senator Schumer.

As I mentioned in the previous post, I was redirected to a 404 when clicking on the Amazon link that showed up on Google, so the online retailer was quick to act on this issue. However, there are still other eCommerce sites that sell the iPhone 6 gun case.

Based on a report by the NY Daily News, eBay has also taken down the product. From the same report, eBay spokesman Ryan Moore says, “eBay is in agreement with Senator Schumer and has already began removing listings for this item from our marketplace. They violate our ‘replica gun policy’ and pose a safety threat to consumers.”

Well, let’s hope that’s settled then, but then, let’s be realistic. There are countless other stores – online and offline – that carry the product. Let’s hope nothing tragic happens because of this stupid, stupid idea.