You are here: Home / Ads / Samsung Does It Again: Makes Fun of iPhone 6 Plus 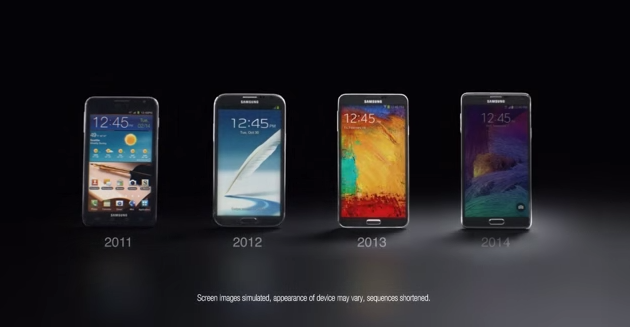 I honestly don’t know why I even bother with Samsung’s stunts, but their ad agency or whoever takes care of their ads are just so quick on the ball to make fun of the iPhone every chance they get. I do have to admit that, being the Apple user that I am, I find it ridiculous and even desperate, the way Samsung reacts to Apple’s products. Almost as soon as the iPhone 6 Plus hit the shelves, Samsung was at it with an ad titled “Galaxy Note 4 — Then And Now”.

Basically, the ad highlights how Samsung was the first in making phablets and how Apple is now just following suit with the iPhone 6. We can’t deny that – they did make those ridonkulously huge phones that average-sized people can’t use with one hand. But of course, Samsung had to capitalize on Apple “copying” them – three years later.

Maybe they do have a point, and maybe I am missing it.

In the video description:

Samsung Mobile invented the large display genre, but The Next Big Thing is about more than just size. As the rest of the world catches up to the “not everyone wants a tiny screen” thing, the Galaxy Note 4 is more productive, more innovative and more fun than ever. To learn all about The Next Big Thing, head to www.facebook.com/SamsungMobileUSA.

And here’s the ad.

Okay, fine. You were first, Samsung, but we can’t really say for now how the two phones match up against each other since the Note 4 is still upcoming. But really, does everything have to have a sarcastic video about iPhones?

And one more ad: Are You a “Wall Hugger”? Samsung Says So, if You Use an iPhone.

Call me defensive or a whiner, but I think this behavior is stupid.

In any case, get your iPhone 6 here.