You are here: Home / Apps / ‘Run Sackboy! Run!’ Reunites Us With LittleBigPlanet’s Hero 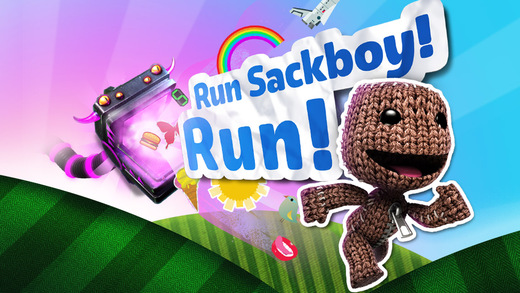 Remember that little knitted creature in the popular game LittleBigPlanet? The game’s name is so apt because as little as the creatures may seem, the game became quite big it had 3 versions for the PlayStation plus other versions.

If you’ve been playing more on your iPhone or iPad, and you were a big fan of LittleBigPlanet, we have some good news for you!

It doesn’t take a rocket scientist to figure out what the game is all about: running through a world full of creatures trying get you. I can already hear The Doctor shouting, “Run!” Features of the game:
*Iconic worlds and characters from the LittleBigPlanet™ games
*Exclusive costumes to customise your Sackboy
*Collect Stickers to unlock Prizes!
*Power Ups and Upgrades including the all-new Glider!
*Challenge and compete with your friends

The thing I like about Run Sackboy! Run! is that it is a free-to-play game, and while it does have in-app purchases, they do not get in the way of playing the game. As the developer says, “Run SackBoy! Run! is free to download and can be played without making In App Purchases, however some in-game items such as Save Me Hearts can be acquired through in-app purchases. You can turn off the payment feature by disabling in-app purchases on your device.”