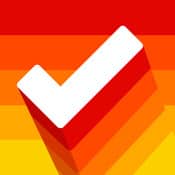 It’s not every day that the release of a new app is considered a big deal. But this isn’t every other day. Clear is here, and it’s probably one of the most hyped and most anticipated apps in a long time. Here’s why.

It’s hard to describe what makes Clear so desirable. You kind of have to see it in action to get it. So watch the video above. Go ahead, I’ll wait.

In essence, Clear is a to-do list for the average Joe. What sets it apart is its unique user interface, which is remarkably clean and entirely based on fluid gestures. No icons, no virtual buttons, none of the usual clutter. Just a list that you manipulate, add to, and check off items from by putting your iPhone’s touchscreen to good use pulling, pinching, or swiping.

Power users are criticizing Clear for its lack of customization options, but those who just want a good to-do list that’s undeniably cool in appearance and function are gobbling it up like mad.

Clear for iPhone is currently on sale in the app store for $.99. (Developer RealMac Software says that this will not be its regular price.)