You are here: Home / News / Pixar Names Its HQ In Honor of Steve Jobs 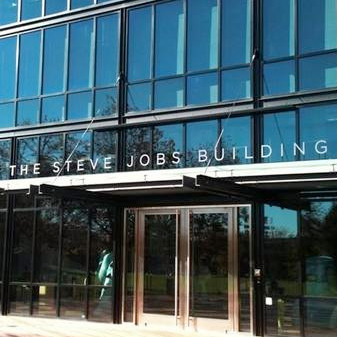 Pixar’s headquarters has been renamed in Steve Jobs’ honor. Jobs was instrumental in the building’s design, which he very intentionally crafted to foster creativity and imagination, with work spaces designed to be individualized to the personalities of Pixar’s employees. Jobs is beloved by Pixar’s executives and braintrust for purchasing the company from Lucasfilm during his time away from Apple in the late 80s and early 90s, and helping to transform it into the most widely-respected animation studio in the world.

I’m not entirely sure when this renaming took place, but I’d love to find out more about it, if there are any Pixar employees out there who’d like to share. Was this quietly done in a subtle way, or was there ceremony and fanfare involved? Please email me if you have any details and/or additional photos.