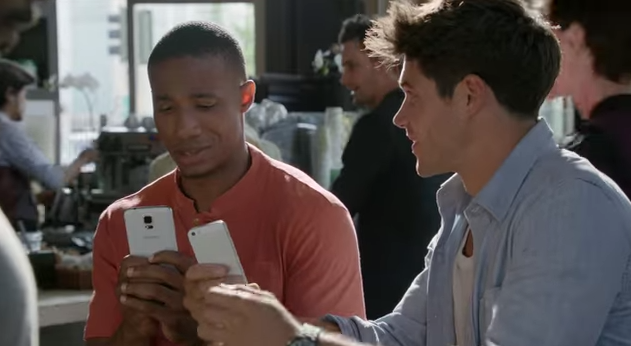 Even before the iPhone 6 has been launched!

Do you smell that? The reek of desperation emanating from Samsung…

Yeah, okay, maybe I went a little overboard fangirling with those statements, but seriously! The new Samsung Galaxy S5 ad was released on YouTube this week, all while speculation about the iPhone 6 is still rife. Then again, I guess if you’re a Samsung fan, you’d be making fun of how Apple fans get all excited about the newest iPhone and how we speculate like nothing else.

Samsung just doesn’t want to stop taking potshots at the iPhone. It wasn’t that long ago that they released the ad calling iPhone users “wall huggers” – hitting out at the poor battery life of the iPhone.

Watching the new video made me snort, though, with Samsung splashing “The next big thing is here” on screen. Yeah, literally; and unless you’ve got hands the size of Lana Kane‘s, you don’t really need a humongous phone. And don’t forget how ridiculous you look taking pictures with a huge device.

So what do you think?

Let’s be more positive, and watch Apple ads instead:

The Evolution of Apple Ads