You are here: Home / Apps / Motion Books: The Future of Comics? 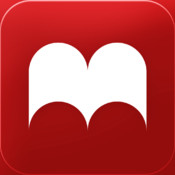 Comic-Con is happening right now in San Diego. The mega-event has celebrated comics and pop culture for 44 years now, but thanks to digital media, comics are no longer business-as-usual.

The comic book industry has been one of the slowest to embrace digital content. Following music, TV, movies, and ordinary books, comics are pretty much the last creative medium to jump on the digital bandwagon. The last few years have seen major strides in this area, however. Marvel and DC, the two biggest comic book publishers, have started releasing all of their newest titles simultaneously in print and digitally. Marvel has even been experimenting with an “Infinite” format that showcases moving art made specifically for a widescreen ratio, that augment and complement existing stories. But how many comic book companies are there that are publishing exclusively in digital form? I doubt there could be enough to count on one hand. Madefire is looking to redefine comics for the 21st Century by doing just that: publishing only on electronic devices. Madefire uses its own proprietary software to create “Motion Books,” or what most others in the industry refer to as motion comics. And it’s got at least one major ace in the hole: artist/creator Dave Gibbons, the artist behind the legendary Watchmen, widely regarded as the greatest comic book of all time. There’s other big players, too, like Mike Carey, Bill Sienkiewicz, Gary Gianni, and more.

The idea is that it’s time not only to bring comics into the digital era, but to evolve the entire medium. Instead of static images, digital content opens things up to include things like animation, sound effects, visual effects, and interactive immersion. Madefire‘s comics take advantage of special iPad functions like its built-in gyroscope and accelerometer, as well. The Madefire app launched just in time for Comic-Con, along with its first titles already available for download. Chief among them is Gibbons’ premiere series, Treatment: San Diego. Madefire is at Comic-Con right now with its very own booth, hosting talent signings and showing the world the dramatic difference that digital media can make.

Want to try it out for yourself? Download the Makefire app right here.