You are here: Home / Apps / ‘Morris Lessmore’ Nominated for Oscar 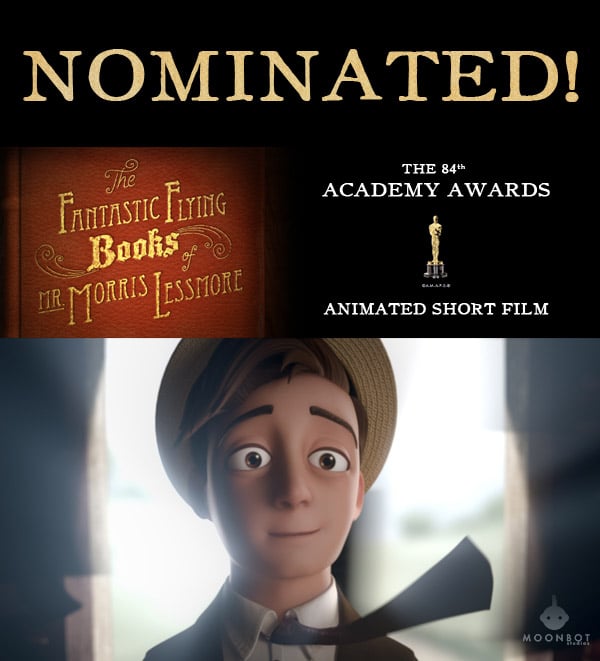 Congratulations to the talented folks at Moonbot Studios for their first Oscar nomination! One of our favorite storybook apps ever, The Fantastic Flying Books of Mr. Morris Lessmore, was also created as an animated short film. Today that short was nominated for an Academy Award. Watch it here!

Moonbot recently made the entire Morris Lessmore short film available to watch for free online, via Vimeo. (Previously it was viewable only after purchasing it from the iTunes Store, as well as streamable from the Morris Lessmore app.) I’ve embedded it below for your viewing pleasure.

This marks the first Oscar nomination for Moonbot’s William Joyce and Brandon Oldenburg.

Update: Moonbot has made the Morris Lessmore short film a free download from the iTunes Store in celebration of their Oscar nomination. It will remain free until the Oscars air in late February.