You are here: Home / Apps / Microsoft Office Mobile Is Now Free for iOS 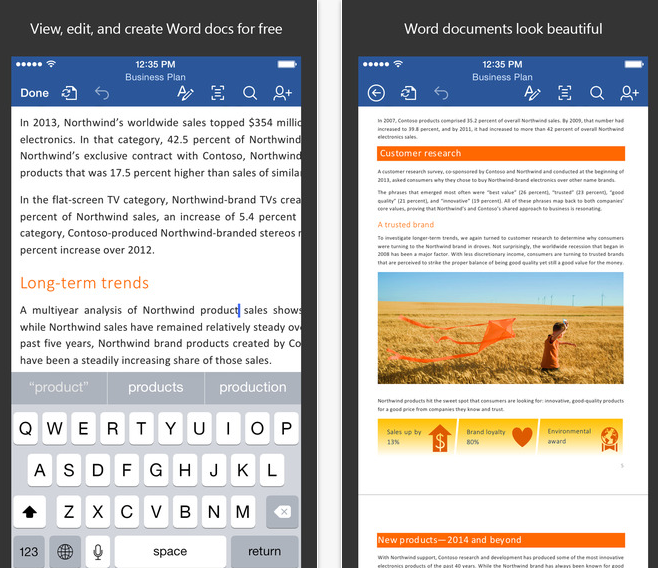 I’ve been totally happy using Pages on my iPad, but for those who prefer to use Microsoft Office Mobile, then there’s good news all around.

In an unprecedented move, the company has made Microsoft Office Mobile free for iOS, as well as Android actually. iOS users can also download separate apps for Word, Excel, and PowerPoint. The question that initially came to mind when I read about this was regarding Office 365 and its paid subscription. Would Microsoft Mobile be free but require a subscription to Office 365?

The answer is a pleasantly resounding NO.

Whether you are subscribed to Office 365 or not, you will be able to create AND edit documents, spreadsheets, and presentations on your iOS device.

With the slogan “More of Office for everyone”, this move seems to be just the beginning of huge changes in how Microsoft is doing things.

For Mac users who need to constantly export/save as their documents to Microsoft versions, this will save a bit of time and hassle; and since it’s free, there’s no reason not to use it, especially if you communicate a lot with people who use Microsoft.

The new apps are optimized for the iPhone, but is also supposed to be “beautiful” for the iPad.

To be honest, though, I’d rather the new apps be optimized for the iPad as it is easier to create and edit documents on this device than on the iPhone. Then again, it might be a different case if you have the iPhone 6 plus.

What do you think Microsoft is up to?