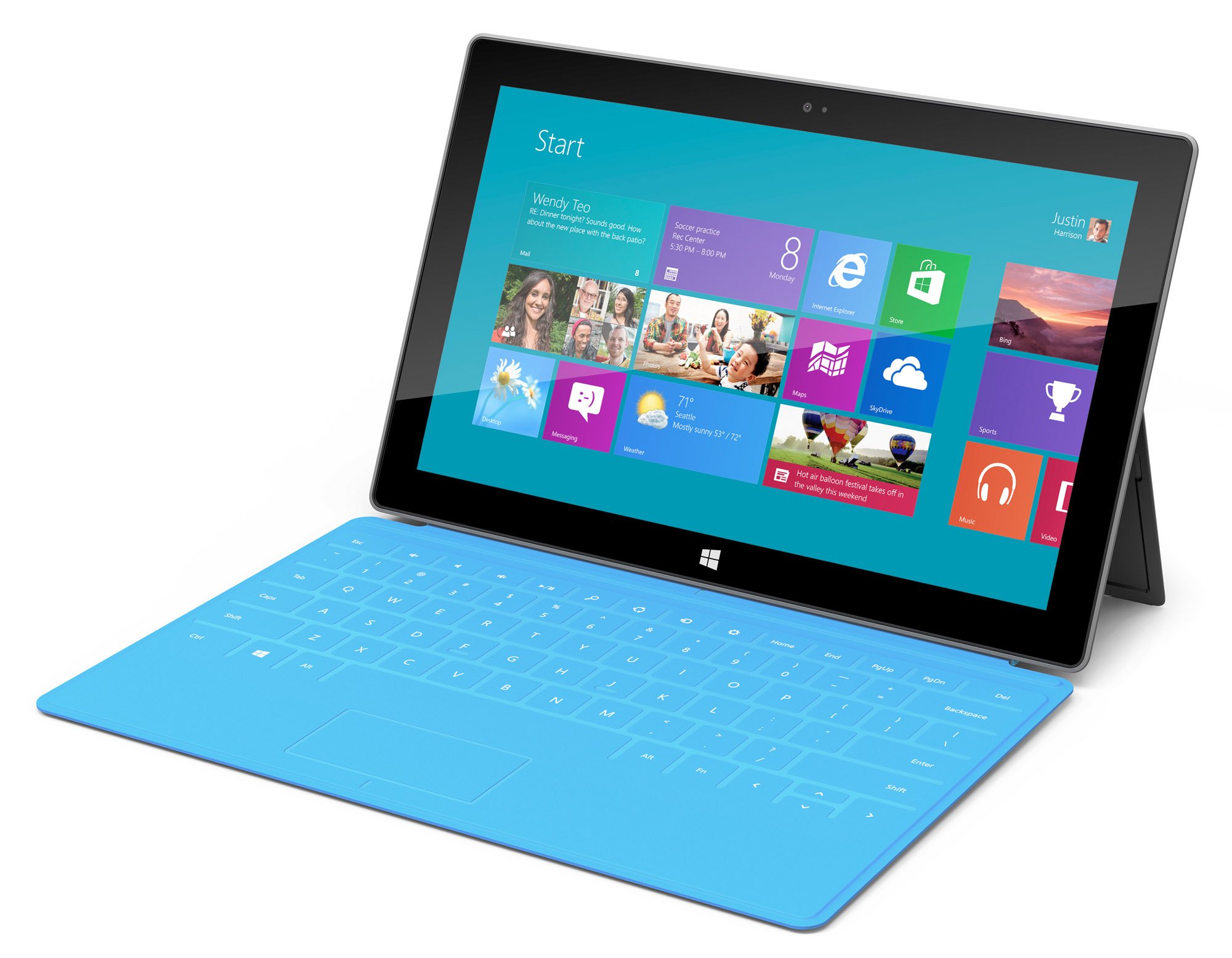 If imitation is the sincerest form of flattery, Apple should be feeling mighty proud tonight. Because Microsoft just unveiled its own touchscreen “Surface” tablet computer, and everything about the device and the media event where it was announced took its cues straight from Apple and the iPad.

Do you have a PC friend who loves to argue with you about whether Microsoft copies Apple or vice versa? Microsoft’s Surface tablet should shut them up real good. I’m not going to spend this entire article tearing Microsoft apart. All indications are that they’ve built a very solid, impressive device. But every single thing about it — from its thinness and how it was engineered to use “every micron of space,” to its magnetic cover, to the script and format of this big, mysterious event Microsoft just held — seems to have been copied straight from Apple’s playbook. So here’s the lowdown. Microsoft has co-opted the “Surface” name from their (mighty impressive) touchscreen table, to use for their answer to the iPad. 2+ years after Apple changed the “post-PC world” by unveiling the original iPad, Microsoft has answered in kind with its own touchscreen tablet computer. The Surface was seemingly created using Apple’s own time-tested methods of painstaking development cycles, honed machining, and loads of testing. As an Apple fan, it won’t surprise you to hear that I’m not overly excited by the Surface. It looks to me as if Microsoft tried to emulate Apple in every conceivable way, and then up the ante with a “bigger is better” mindset, as if upping the screen size and adding some extra ports equates to a huge innovation in tablet computing. But in the interests of (relative) objectivity, I’ll freely admit that the nature of the tech industry is to incorporate the best ideas of one’s competitors when launching your own product — and Apple is certainly as guilty of this as anyone. But Microsoft is so obviously ripping off Apple’s every manufacturing decision and marketing tagline that it’s just… embarrassing.

I’m serious. Microsoft has this strong new product line, but they couldn’t make and market it without regurgitating Apple’s every procedure. It’s cringe-inducing that such a powerhouse tech company has been reduced to mimicking its biggest competitor in an attempt to remain relevant. Even their Surface website looks like it was copied straight off of Apple.com. Another perfect example: in Microsoft’s own press release, they describe Surface by saying that it “lets the hardware fade into the background and the software stand out.” If that’s not a line taken straight out of Jonny Ive’s mouth, I’ll eat my hat. Microsoft is touting Surface as both a full-fledged Windows PC and a full-fledged tablet, calling it a new breed of device. Surface is one of those rare pieces of hardware that Microsoft chose to design and manufacture itself (a la Xbox), working in tandem with its own software division to create a seamless ecosystem of device and apps (sound familiar?). The Surface is a widescreen tablet with a 16:9 aspect ratio, boasting a screen size of 10.6 inches. (The iPad’s screen, by comparison, is 9.7″.) Instead of curved edges like the iPad, Surface has hard, angled edges that sit at 22 degrees. It has both front and rear-facing cameras built in. And it’s thin. Crazy thin. 0.37″ inches, to be exact. Which is a huge deal… as long as you forget that the thickness of the iPad 3 is exactly the same.

Surface is coming in two flavors: a more affordable, consumer-friendly version running Windows RT, and a higher-end version that will cost more, running Windows 8 Pro. The Windows RT flavor will be offered with 32GB of storage and 64GB; the Windows 8 Pro Surface will come in 64GB and 128GB. (iPad maxes out at 64GB.) Surface for Windows RT comes with a MicroSD slot and USB 2.0 port — both options that the iPad lacks. Surface for Windows 8 Pro gets higher-end options: a MicroSDXC slot and a USB 2.0 port. Both tablets sport something called “ClearType HD” screens, which I suppose is Redmond’s answer to Retina Display, but they said nothing about its resolution. To their credit, Microsoft is bringing some new ideas to the table. They’ve got a kickstand attached to the tablet, making it very easy to stand the Surface up at a comfortable viewing angle. Folding it back in is likened to shutting a car door, in that it disappears into the form of the tablet. Its chassis is made of magnesium that’s liquified and then poured into a mold. (Sounds like an alternative method to Apple’s unibody design that achieves similar results.) Microsoft calls this “VaporMg.”

One of their coolest innovations is the cover(s) for Surface. Touch Cover — which from the outside looks remarkably like Apple’s SmartCover — attaches to Surface magnetically, but that’s where the similarities end. On the inside, Touch Cover doubles as a qwerty keyboard, with pressure-sensitive multitouch built in, so that it senses keystrokes as gestures. There’s also a Type Cover that’s slightly thicker, which features real, moving keys.

The Windows 8 Pro version comes with a digital ink pen, allowing users to interact with Office and other apps via a writing pen-like stylus. A particularly nice touch: Surface’s touchscreen can sense the presence of the digital pen, and will immediately stop accepting input from your hands. So you can rest your hand on the screen while writing, and it won’t matter. Microsoft calls this feature “Palm Block,” and I’ll be very surprised if they haven’t patented it already.

Microsoft did diverge from Apple’s playbook in one crucial way: they failed to announce release dates or prices. All that CEO Steve Ballmer, who officiated at today’s event, would say was that Surface with Windows RT will launch alongside Windows 8 (whenever that is), and that Surface with Windows 8 Pro should reach stores about three months later.

Is Surface an “iPad killer”? Surface won’t unseat iPad from the throne anytime soon, especially since most of its ideas are pretty derivative. But it may be the first serious contender to take iPad on, on its own terms.