You are here: Home / News / Letters to Steve 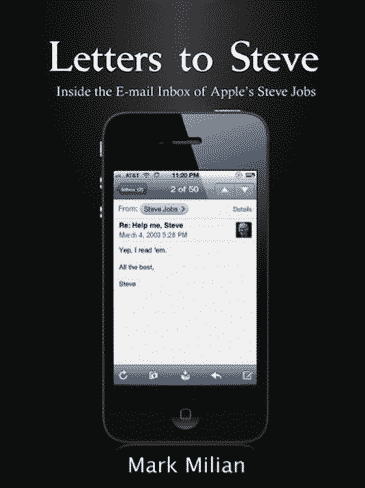 Letters to Steve by Mark Millan

Everybody knows that Steve Jobs had a proclivity for answering the emails of those who managed to figure out what his email address was. His answers were favored brevity, but there was something special about knowing that THE Steve Jobs had read your email and replied to it.

CNN journalist Mark Millan took note of this unique phenomenon, and has written an ebook compiling over one hundred of Jobs’ personal email replies, called Letters to Steve. Not stopping there, Millan interviewed many of the Apple fans that Jobs emailed. His book provides insights and analysis on how Jobs portrayed himself publicly, and the “reality distortion field,” as Millan puts it, through which he saw the world. As such, buyers beware: the book appears to lean more towards negative commentary on Jobs, often comparing him to a cult leader and the Apple faithful as his followers. (I’d argue that we all see the world through our very own “reality distortion field.”)

Still, for a collection of Jobs’ interaction with Apple users, Letters to Steve looks pretty fascinating. Just know that the author appears to have come at it from a predetermined bias.

Letters to Steve is on sale now as an ebook at Amazon.com. Millan is featuring excerpts from his book this week at CNN.com.