You are here: Home / Feature / It’s Official: Susan Bennett is the Voice of Siri 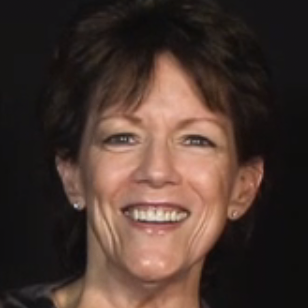 Meet Susan Bennett. You know her as the voice of Siri.

The mystery has been solved. CNN has published a verified report revealing that the iconic original voice of Siri is voiceover actress Susan Bennett of Atlanta, Georgia.

When Bennett recorded the countless English phonemes that would become the voice of Siri, it was 2005 and she had no idea what her work was going to be used for. She was hired by GM Voices, a company that provides automated, recorded voices to serve its clients’ needs. GM Voices itself had been hired by a software company called ScanSoft — now known as Nuance — for a project Bennett knew nothing about. That project was, of course, Siri.

Bennett says she first discovered that she was the voice of Siri when family members and friends who owned an iPhone 4S asked her about it. She didn’t own a Siri-enabled phone herself, but she checked Apple’s website and quickly realized the truth. She held onto her secret for years, not knowing if she had any legal grounds to reveal herself. Apple is nothing if not super secretive. She tells CNN she decided to identify herself now because iOS 7 has brought about two new versions of Siri, which means her original version will soon be obsolete.

Like many others, Apple Gazette and our readers have been pondering the mystery of Siri’s voice for a long time. Kudos to CNN for figuring it out!