You are here: Home / Apple Inc / Invitations Have Been Sent for the iPad Mini Event 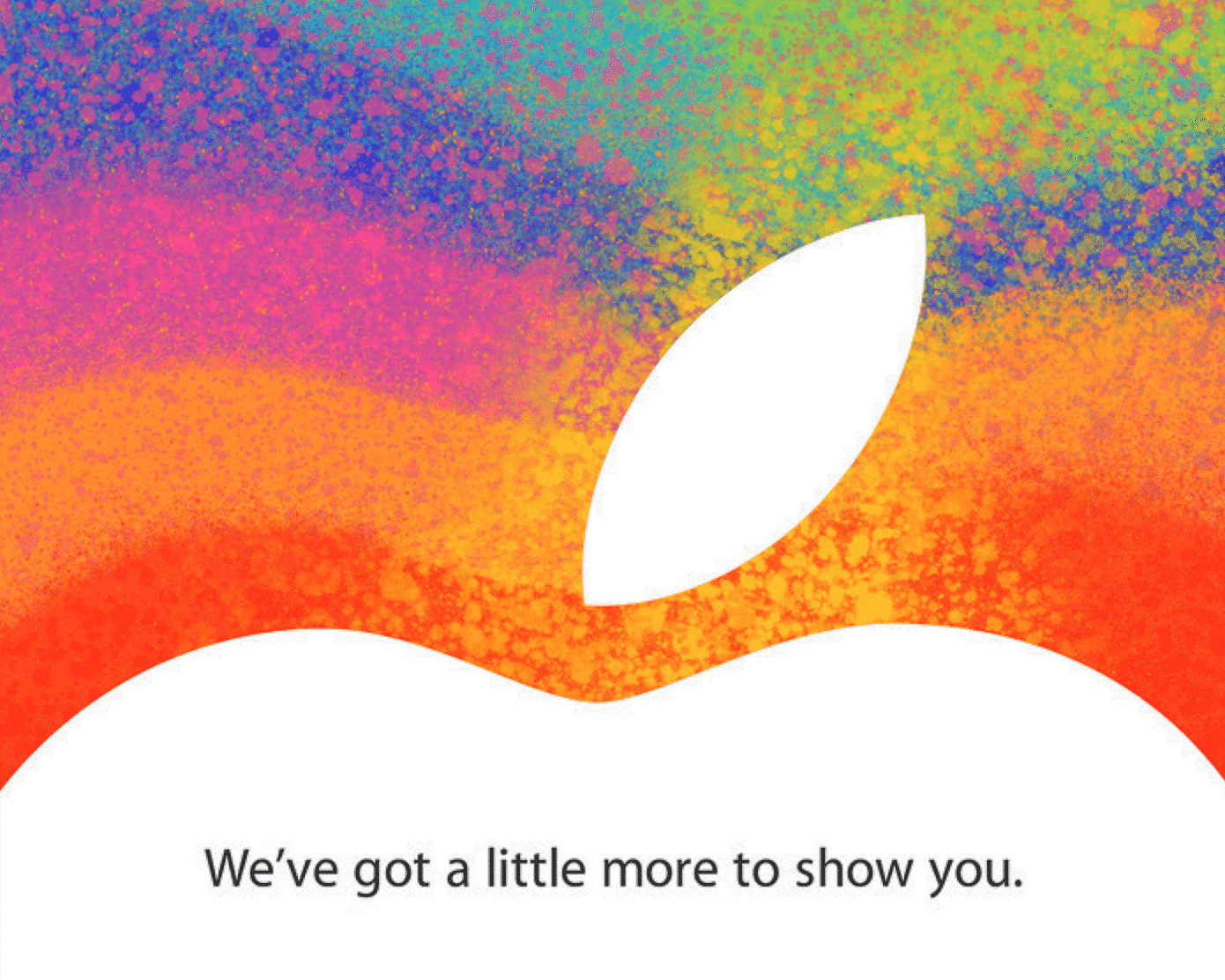 The rumors have been flying for weeks, and today Apple made it official: The iPad Mini will be announced at a media event on October 23rd.

You’ve heard the rumors, you’ve seen the mockups. It’s definitely happening, and now we know when. On October 23rd, Apple will convene at the California Theatre in San Jose, at 10:AM PST, to officially announce the smaller model of iPad. That venue is an unusual choice; I don’t believe Apple’s ever held an event there before.

So what hints can we glean from the invitation graphic? Not much beyond the “little” being an obvious reference to the iPad Mini’s diminutive size. The whole “little more to show you” likely means this will be the last media event Apple holds in 2012. Is the rainbow of colors meant to represent something? Hmm.

You know… The iPad Mini — if that is indeed what it’s going to be called — is probably the first product of Apple’s in a long time that I’m finding it hard to get excited about. Even if it boasts the best design of any Apple product ever, it’s still a smaller version of the iPad. Maybe it’s because I’m so used to the 10″ iPad. As an avid fan who uses his iPad every single day, I can’t imagine downgrading to a smaller model. What would be the point?

But the iPad Mini isn’t being targeted at me, or any other current iPad user. It’s intended to be an entry-level product that introduces noobs to Apple’s ecosystem of apps and other content — the kind of consumer who’s never had a tablet, though they might have experience with something like an ereader. The Kindle Fire and Nexus 7 have proven that there is an audience for smaller tablets, just as there’s an audience that prefers the smaller, less expensive iPod Nano over the iPod Touch. As the standard-bearer for tablet computers, it only makes sense that Apple would want to tap into that segment of the market.

But this is one I won’t be lusting for. How about you?

As the rumors going around these days are proving more and more reliable (well, some of them), it makes me wonder… Are the days of Apple’s secret-keeping truly over? Leaks of the company’s plans rarely happened during Steve Jobs’ days, but they’ve become commonplace now. Maybe it’s just impossible to keep secrets anymore (largely thanks to people using the very iPhones and whatnot that Apple itself sells them).

Will there be any surprises at the iPad Mini event? Might Apple introduce iPad Minis in multiple colors, like the iPod lineup? Could there be other products introduced, like the rumored refresh of the iMac line, a 13″ MacBook Pro with Retina Display, or a new Mac Mini? Another “insider” report going around says that the iPad Mini will put a major focus on iBooks, which makes sense since smaller, lighter devices work better as ereaders. But is that all there is to it? Could there be something more to the iBooks emphasis?

What do you expect to see next Tuesday?