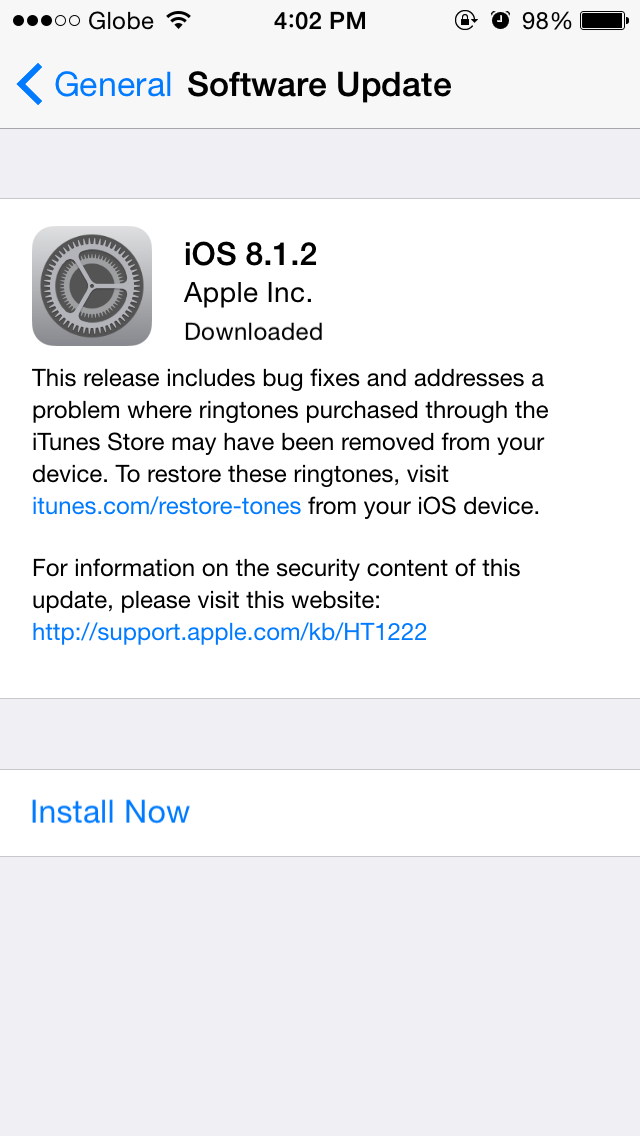 By now, you’ve probably gotten a notification message on your iPhone and other iOS devices that iOS 8.1.2 is now available and that you can update your phone. I usually go ahead and install the newest version when I get the notification, but this time, I might wait a while.

Should you follow my suit or should you go ahead and install iOS 8.1.2 now?

It’s no secret that iOS 8 has had more than its fair share of mess ups, and you can’t blame people for being wary of installing yet another update so soon. Especially since there was no hint from Apple that this update was upcoming. Why the silence?

If you look at the update details, only the ringtone issue is mentioned specifically. Of course, the “bug fixes” part has to be included, but what bugs? In any case, it doesn’t seem like iOS 8.1.2 is the superupdate that many users experiencing issues with the current version of iOS are expecting.

So here’s the deal. Unless you are experiencing that ringtone issue specifically, maybe you ought to wait a while and not install iOS 8.1.2. It wouldn’t kill you, would it? On the other hand, if it is another messed up update…