You are here: Home / Games / “The Collectables” Comes to iOS 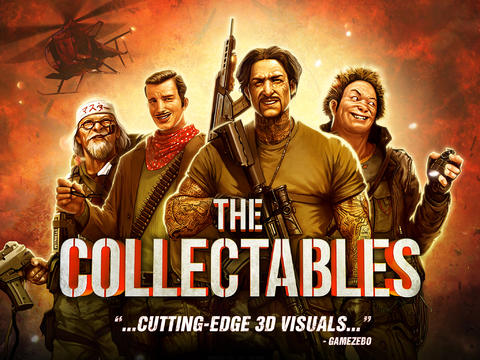 Who’s looking for a new game to play? Here’s something that will get your attention: The Collectables. This is not just any game, mind you. Developed by Crytek and DeNA (known for Crysis and Ryse), The Collectables runs on the CryEngine, which has been lauded by gaming experts as “impressive”.

The Collectables is a tactical action game played from the third person point of view. This is the perfect game if you like playing squad leader – or some similar position – as it requires you to put together a group of mercernaries and controlling their actions.

To make things more interesting, as you progress in the game, you can upgrade your soldiers via a collectable card system.

Here are more details from the iTunes Store page:

· CUTTING-EDGE GRAPHICS. Discover the true power of your mobile device with groundbreaking 3D visuals that capture the intensity of battle.
· EXPLOSIVE BATTLES. Fight your way through hordes of different enemy types – from standard grunts to powerful bosses – using intuitive controls to dominate the battlefield.
· UPGRADE YOUR TROOPS. Before you head into battle, optimize your soldiers and skills using a collecting card system that unlocks stacks of new ways to obliterate the Enemy.
· DEVASTATING SPECIAL ABILITIES. Use special action cards that expand your arsenal of destruction – Sentry guns, Molotov cocktails, Artillery strikes, and Adrenalin boosts are yours to command.
· REWARDING GAMEPLAY. Earn rewards that give you a leg up on the competition as you advance and upgrade your troops into an unstoppable wrecking crew.

And, watch it in action.

By the way, The Collectables is FREE to play. Download it here.