You are here: Home / Apps / Facebook App Gets Major Overhaul 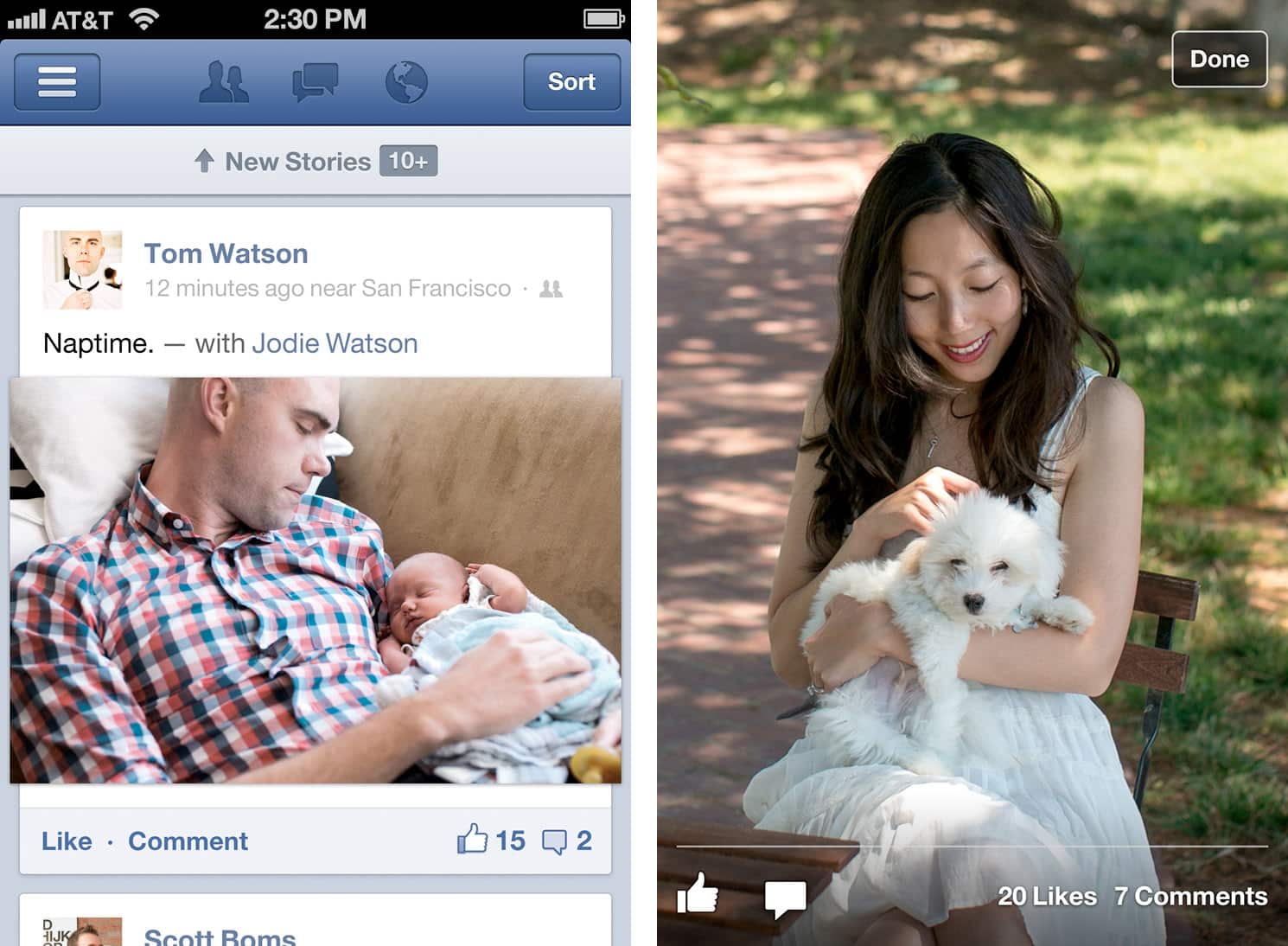 Facebook just posted a brand new version (5.0) of its iOS app, which it claims is faster and smoother than the old one. Of course, it wouldn’t take much to make that true; the old app was a sputtering, lumbering piece of crap.

You won’t notice any major aesthetic differences between the old Facebook app and this new version, though there are a few slicked-up bits here and there. The real enhancements are under the hood, where the app has been rewritten from scratch to be “twice as fast” as before, according to Facebook. See it in action in the video above.

I can confirm that the updated Facebook app runs considerably faster than its forebear, with common tasks like loading photos, news feed updates, and even just opening the app all happening at blazing speeds (compared to the old app, anyway). You’ll notice that photos now fill up your whole screen and can be dismissed with a nifty flicking gesture. 5.0 also includes a new banner notification system right inside the app, for alerting you when your news feed has been updated.

Facebook 5.0 for iOS is a free update for all users. Just go to iTunes on your iPhone or iPad, and download the update. If you don’t have the Facebook app yet, you can find it right here.