You are here: Home / Apple Watch / Epelican Will Give You Money for Your Unwanted Apple Watch 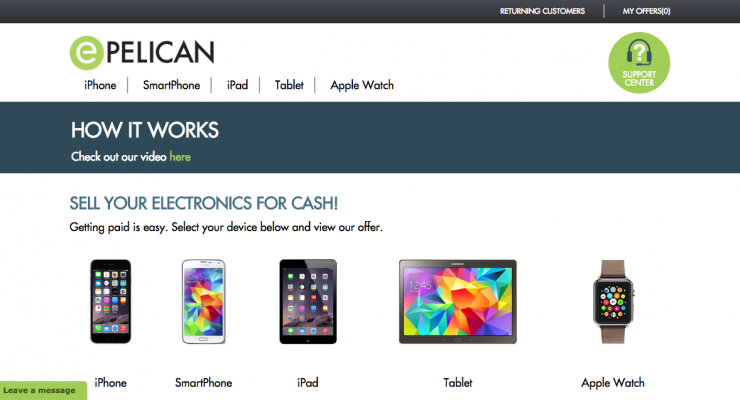 It’s nothing new. Gadgets do get old, literally and figuratively, and their owners want to get rid of them at some point. The question is when.

There are users who wait for the next model before selling their device. But there are also early adopters who find not too long after their purchase that they don’t want the gadget after all.

You can always give your gadget to a friend or family member, but that means you don’t get any money back. Not that there’s anything wrong with that, but if you need the cash, then selling is the best option. After all, there is a huge market for secondhand gadgets, and Apple devices are at the top of the list.

Sites that ‘buy back’ gadgets have sprouted left and right, which is quite understandable, given the above. These buy back sites pay decent money depending on the model and the condition of the gadget. Often, though, buy back sites may not immediately accept newly released gadgets.

But if you are one of the first people to buy the Apple Watch and you have decided that it’s not the smart watch you’ve been looking for, then head over to ePelican.com, which is already accepting the Apple Watch.

The buy back site released a press release declaring that they will now pay for the Apple Watch.

ePelican is one of the first companies to begin purchasing used Apple Watches at prices close to full market value. Since the Apple Watch is still an exclusively new product, many owners have taken a gamble by purchasing it and have therefore been inclined to sell their Apple Watches. Prior to ePelican’s new practice, there was not a place where owners could sell their unwanted Apple Watches for such high prices.

So, if you have decided that the glare outside is too much, or that you got overexcited with the idea of the Watch and now you want to sell, you know where to go.

If I were you, though, I’d keep it in the box, in pristine condition. You know how these things go after all.