You are here: Home / Feature / Did Facebook Just Declare War on Apple? 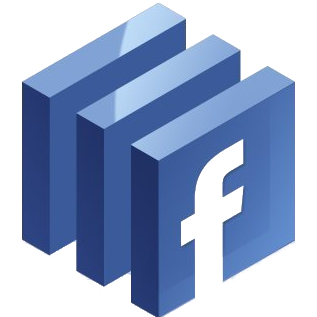 By now, you may have heard about the major changes coming to Facebook, as announced at today’s F8 conference. Namely, the overhauled Timelines and new apps that use the next generation of “Open Graph” technology to make them deeper and more relevant to your life.

It doesn’t take a genius to look at the technology headlines and see that they’re dominated these days by three major players: Apple, Facebook, and Google. What’s fascinating about this is that these three companies don’t appear to be competitors on the surface. Apple specializes in personal hardware and software. Facebook is a social media platform. Google is known as the world’s most-used search engine.

Today, Facebook announced a huge upgrade to their apps — including a whole new set of tools for developers’ use — that’s going to bring better and more useful apps to the masses. And the one thing Facebook’s people were saying repeatedly without ever actually saying it, is that anyone can use Facebook’s apps — not just those who own a certain brand of hardware. Any kind of user can access Facebook apps, on any hardware platform or OS. No special membership required, aside from a Facebook profile (and who doesn’t have one of those? even my mother is on Facebook).

As part of its overview of the new Open Graph apps technology, Facebook flaunted a new debut partner: The Daily. As in, the custom-made daily newsmagazine app made specifically for the iPad platform. For the first time, The Daily is coming to another platform (granted, in a truncated form), and the platform they’ve chosen is Facebook. And then there’s Spotify. Hulu. Netflix. And more.

Apple is still the king of apps by a gigantic margin, and that’s not likely to change in the immediate future. But Facebook is offering developers and publishers a very attractive platform for their wares — a platform with a proven track record (need I even mention Facebook’s wildly popular social game apps?) and a wellspring that neither Apple nor even Google can claim: direct, built-in, one-click-simple interaction between its 800 million users. Popular apps on Facebook spread like wildfire because of the very nature of Facebook’s friend feeds and that overrated “Like” button.

Will the new capabilities of Open Graph make a dent in Apple’s multi-billion dollar app business? I have no idea. Probably not anytime soon.

But I can tell you this much: tonight, there are an awful lot of app developers looking at Facebook with brand new eyes.