You are here: Home / iPhone / Control the Light Bulb of the Future With Your iPhone 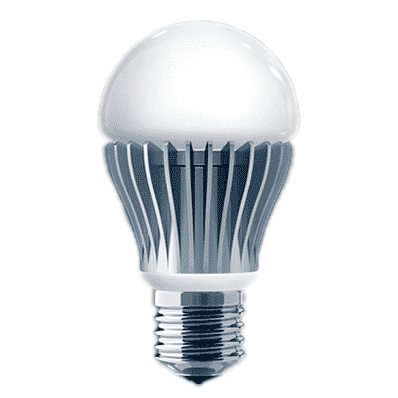 LIFX is the name of a new “smart” LED light bulb. It topped $1M in just three days on Kickstarter. Instead of a switch, you’ll control its many functions with your iPhone.

LIFX is a wifi-enabled, LED, multicolored light bulb that you control via your iPhone (or Android phone). Thanks to built-in wifi connectivity, you can control everything about the bulb, including fade, color, sync to music, automatic settings, and more. Perhaps most impressively, despite its many functions, LIFX bulbs last up to 25 years (!) and require a tenth of the power that a standard household light bulb uses. The app that controls it is said to be very slick, and will be a free download from the App Store.

If you’re not sold yet, this video should do the trick.

The project’s creators set a $100,000 pledge goal when putting it on Kickstarter, and with 50 days still officially left in the campaign, they’ve topped $1.3 million in pledges. Wowee zowee. Accordingly, they’ve updated their Kickstarter page to note that they’re sold out of pre-order bulbs based on pledges. They’re now directing potential customers to sign up at lifx.co to find out when the bulbs become available to buy.