You are here: Home / News / 4,200 Elementary Schools Have Joined This Coding And Robotics Club 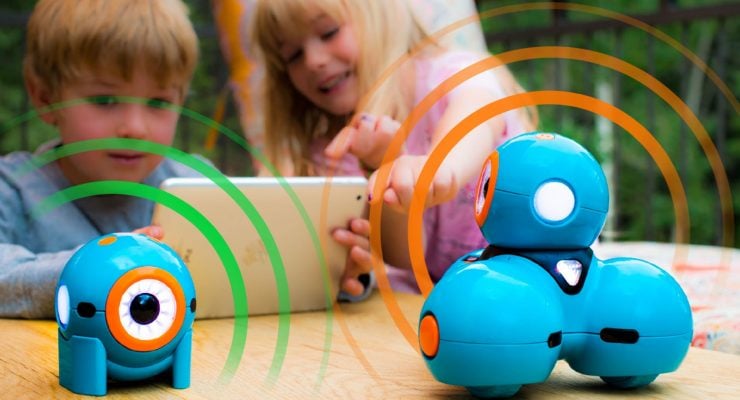 The team at Make Wonder has been receiving rave reviews for Dash and Dot, two lovable robots that move around your home by way of programmable commands.

The robots were created by Vikas Gupta, CEO and co-founder of Make Wonder, as a way to teach young children how to program and develop an appreciation for technology.

The company this week announced that it has surprised 4,200 robotics clubs, nearly four times what it accomplished in 2015.

Wonder League robotics clubs welcome educators and students, with or without experience in computer science, to join an all-inclusive program for enhancing STEM education.

Educators can register a club if they find three or more students between the ages of 6 and 12 who want to participate. Every accepted club receives one set of Dash & Dot robots.

Registration is still open through July 10 and the 2016 Wonder League Robotics Competition is taking registrations through August 15, 2016 with the first round starting October 17, 2016.

The grand-prize winning team will receive a $5,000 STEM grant for a school or not-for-profit organization of the team’s choice.

“We’ve seen a tremendous growth in the amount of teachers and students ready to embrace computer science instruction in a fun and explorative way,” said Vikas Gupta, CEO and co-founder of Wonder Workshop.

“Collaboration makes computer science accessible for all students, no matter what age or background,” he added.

The school district with the highest percentage of schools participating in the Wonder League by July 10, 2016 will receive a $10,000 grant in Wonder Store credit to bring computer science instruction to elementary schools with Dash & Dot.

Check out the iOS apps for Dash and Dot here and here.

Learn more about Dash, Dot, and the Wonder League at https://clubs.makewonder.com/.

Related: How iPads Are Becoming the Educator’s New Best Friend