You are here: Home / Apps / The Banner Saga Is Coming to the iPad 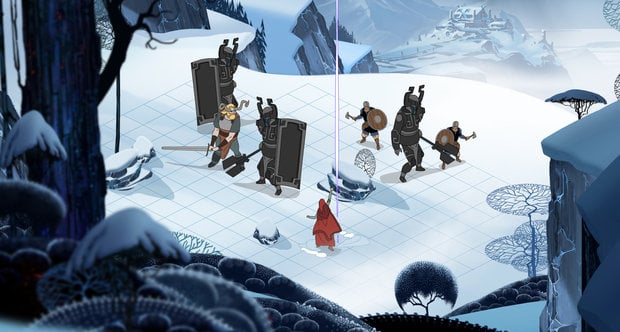 The popular Viking tactical role-playing game is going to be available on the iPad soon, so players of the desktop game can rejoice! Technically, it’s not only the iPad that’s getting The Banner Saga – Android tablets will also have their own version. Released by Stoic, which is comprised of a bunch of indie game developers (who used to work for BioWare), The Banner Saga is actually one of the success stories of Kickstarter. It has received “generally favorable reviews”, and with the game being released for tablets, it seems that it’s doing pretty well.

More games: 8 iOS Board Games You Should Own

There is very little information about the tablet version of the game, except that it will practically be the same as its PC and Mac counterparts. There will be some differences, though, such as the controls having been tweaked for switch and touch inputs, which is pretty obvious.

We don’t know when The Banner Saga for iPad is coming out. Neither do we know how much it will cost.

In other – more informative – news, the Steam sale is still ongoing, so you can get your hands on The Banner Saga for 50% off.